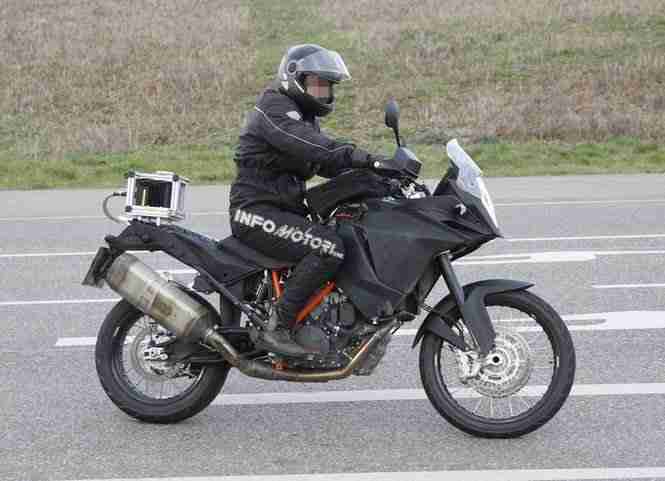 Spy photos of the prototype KTM’s Adventure 1290 had emerged couple of months back but still we could not actually see it as the blokes at the ‘particular’ motorcycling portal decided to watermark it with logo that covered the bike up completely. Now though things are in much better hands, Italian news photographer caught KTM test riders riding around on the KTM Adventure 1290 prototype.

The Adventure 1290 is rumoured to come with V-twin engine that puts out around 130 HP a good 20 HP more than its nearest competitor BMW. Since the bike is still in its prototype stage, some or more parts seen here may not make it to the final production model but keen KTM followers will notice that the bike still uses some components of lower capacity Adventure models. This applies primarily to the headlight assembly taken from the 990th Adventure.