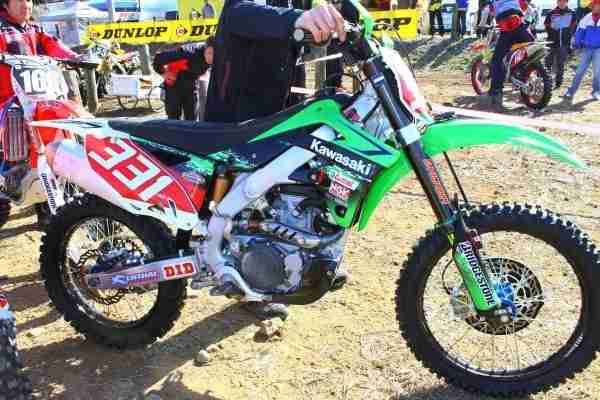 Here are a few spy shots of one of the most eagerly awaited dirt bike models for the next year, the new Kawasaki KX250F. These pictures were taken at the Japanese National Motocross Championship. At first glance it does not seem too different from the current version, but that might just be a strategy as there are a few hints that allow us to detect the real identity of this bike.

The bike (ridden on that day by local hero Takuya Mihara) sports a 48mm Showa SFF Air Fork as well as a steering dampener, while at the back we see a Showa monoshock. The fairings are pretty much the same as in the current model, and so is the frame. As for the engine, the injectors have been re-positioned while the air ducts and electronic bits are different too.