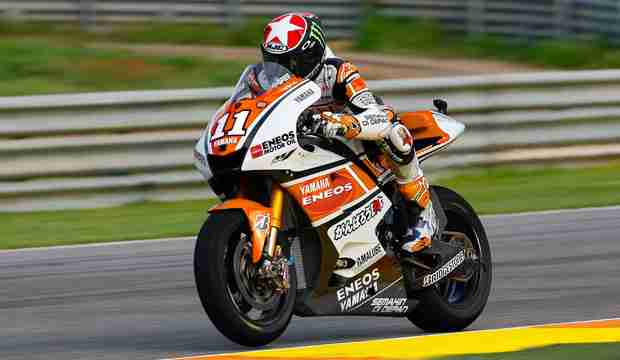 When Petronas last week packed their bags and left the Yamaha MotoGP team, things seemed tough for Yamaha and everybody was curious to know what direction the Yamaha Factory team was going in, but according to the latest information coming in from Greece, Yamaha seem to have already bagged in the Japanese oil giant Nippon Oil subsidiary brand ENEOS as their new sponsor.

The Japanese oil giant is no stranger to the high octane motorsport and if can recall they were one of the sponsors for the Honda F1 team. The brand colour for ENEOS is orange and so it will be interesting to see in what the color next season’s Yamaha M1 would be in. Orange is already a trademark of Repsol Honda’s, but we would not be surprised if the same color would be seen at the start of the first race in 2012.