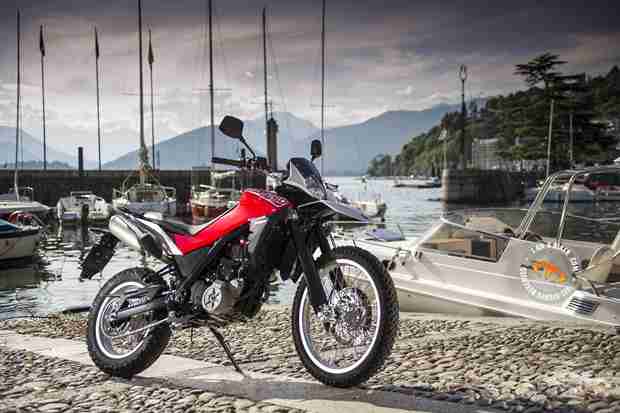 Husqvarna Motorcycles is an international manufacturer of off-road and on-road motorbikes. It was originally founded in Sweden and has been part of the BMW Group since 2007. Since this time, the innovative technological capabilities of Husqvarna Motorcycles have been dynamically strengthened, and on a lasting basis, through its alliance with BMW Motorrad.

The motorcycle brand with the Scandinavian roots, based today in Cassinetta di Biandronno in the northern Italian province of Varese, boasts a tradition of motorcycle manufacturing which stretches back more than 100 years, making Husqvarnas the oldest motorcycles in the world with an uninterrupted production record. In ten decades of company history, Husqvarna Motorcycles has been able to achieve outstanding success in international off-road racing, with 82 World Championship titles to its name to date. In road racing, Husqvarna was successful in the 1920s and 1930s, so it was a logical step to set about expanding today’s product range in the on-road arena once again.

With the new Husqvarna TR 650 Strada and TR 650 Terra, Husqvarna Motorcycles continues its model offensive that began last year with the successful launch of its road models.

Their slim, wiry stature and masculine, dynamic design gives the new Husqvarna TR 650 models a progressive, light and energetic look, whether as the “Terra” version for light terrain or as the “Strada” version for asphalt-based motorcycling fun. At the same time, the two new Husqvarna models are clearly set apart from their competitors with their outstanding overall package of handling and riding dynamics as well as in terms of design. Along with their relatively low weight, a powerful single-cylinder engine and an agile, directionally-stable chassis they embody the passion of motorcycling and the fascinating world of Husqvarna Motorcycles. 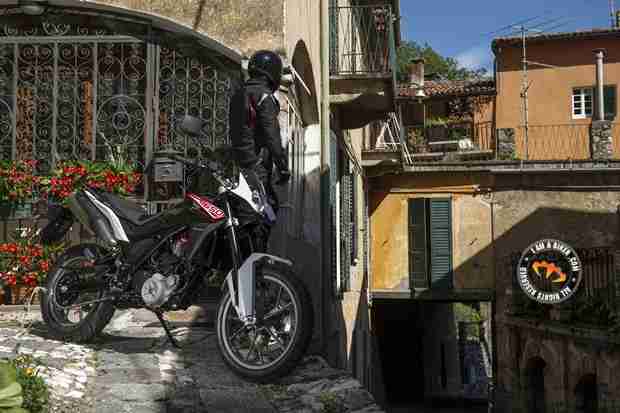 In terms of engine technology, the TR 650 Strada and TR 650 Terra rely on the tried and tested basis of the G 650 GS by BMW Motorrad. However, this liquid-cooled single-cylinder power unit with two overhead camshafts and
652 cc was extensively modified and its performance significantly enhanced for use in the two new Husqvarna models. It delivers 43 kW (58 hp) at
7,250 rpm, developing its maximum torque of 60 Nm at 5,750 rpm. For those countries with graduated licencing, there is also there is also a reduced power version on offer as an ex works option with 35 kW (48 hp) at 7,250 rpm and 54 Nm of torque at 5,750 rpm.

The single-cylinder engine has been modified with a wide range of measures to hone it for its athletic, dynamic purpose. In addition to various other improvements, such features as a modified electronic fuel-injection system, altered camshafts and an increased compression ratio due to modified piston and cylinder head geometries ensure powerful propulsion, high revving and spontaneous response. Nonetheless, with its exhaust system in stainless steel including two rear silencers and a closed-loop 3-way catalytic converter, the engine provides not just an especially high level of single-cylinder riding fun but also excellent fuel efficiency and environmental compatibility.

In conjunction with the constant-mesh 5-speed gearbox, the powerful and high-revving single-cylinder engine in the Husqvarna TR 650 Strada puts in an especially impressive performance on country roads, while a full torque curve and spontaneous response also allow supreme off-road excursions over light terrain on the TR 650 Terra.

Robust, high-quality chassis for riding fun both on and off the road. 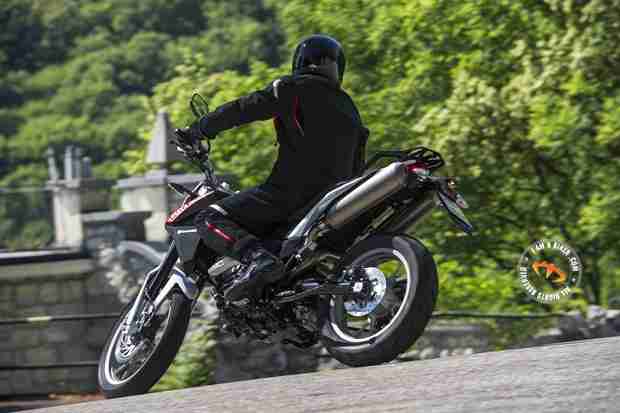 The new Husqvarna models TR 650 Strada and TR 650 Terra are able to rely on an agile chassis based on a split-backbone tubular steel frame with remove-able rear frame and front beam bolted to the engine.

Front guidance and suspension duties are dealt with by a torsionally-stiff 46 millimetre upside-down telescopic fork. The rear wheel is controlled by a torsionally-stiff dual swing arm made of pentagonal steel tubing in conjunction with a centrally-mounted rear shock with progressive linkage. In keeping with its use on asphalted roads, the Husqvarna TR 650 Strada has cast wheels made of aluminium while the TR 650 Terra reflects its off-road suitability with a centrally-mounted rear shock with progressive linkage. Generous suspension travel of 190 millimetres at the front and rear makes for easy handling and a high level of directional stability combined with excellent comfort and off-road qualities.

TR 650 Strada fitted as standard with ABS. TR 650 Terra with ABS as an optional feature.

To match the dynamic performance available, the brake system consists of a single-disc brake at front and rear which offers supremely solid stopping power. The new Husqvarna TR 650 Strada is fitted as standard with ABS, while the new Husqvarna TR 650 Terra can likewise feature ABS if this is ordered as an ex works option. The ABS is disengageable for special uses. 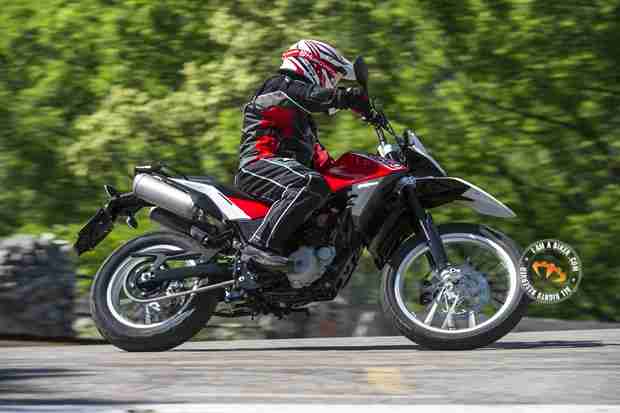 To reflect their high level of riding dynamics, the lines of the new Husqvarna TR 650 Strada and TR 650 Terra have been given a particular dynamic emphasis in terms of design. Although they embody masculine athleticism, their clearly-defined shaping nonetheless conveys a sense of agility and lightness. While the light-alloy cast wheels in the TR 650 Strada embody the active riding character of a road bike, the spoke wheels combined with a high fender on the front wheel reveal the dual sport ambitions of the TR 650 Terra.

The two new Husqvarna models have a robust, masculine appearance through selective use of black-coated chassis elements such as frame and swingarm.  In addition, red side trim elements for the TR 650 Terra, and a black side panel for the TR 650 Strada, in combination with the Strada’s low white front fender, lend a unique appearance to each.

The bikes’ high aspirations in terms of riding dynamics are underscored by the light-gray sand-cast engine cases, providing a fascinating technical contrast in conjunction with the hallmark Husqvarna red cylinder head.  Further accents are provided the anodized-silver upside-down forks and the end caps of the twin exhausts, which proudly exhibit the Husqvarna logo. The new Husqvarna TR 650 Strada and TR 650 Terra are manufactured at the Husqvarna Motorcycles plant in Cassinetta di Biandronno, northern Italy.

An overview of the key features of the new Husqvarna TR 650 Strada and TR 650 Terra: