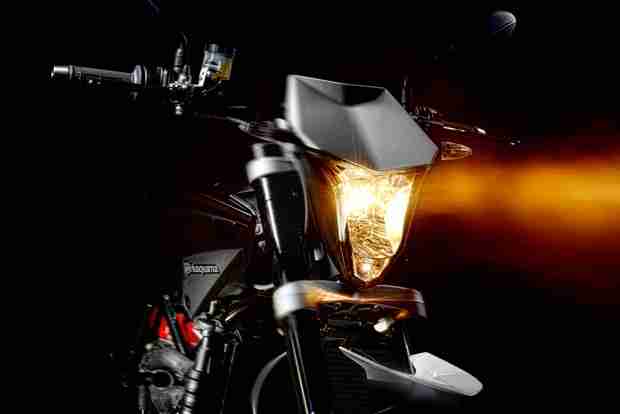 Husqvarna Motorcycles is an international manufacturer of offroad and onroad motorcycles, originally founded in Sweden. The company joined the BMW Group in 2007 and has since been profiting from a dynamic and sustained boost to its innovative power.

Developed jointly with BMW Motorrad, the Husqvarna Nuda 900 and Husqvarna Nuda 900R models helped Husqvarna Motorcycles to make its comeback on the onroad motorcycle segment in 2011. Presenting the purist, sporty design language so characteristic of Husqvarna Motorcycles, these two crossover bikes form the dynamic riding bridge between the Supermoto and the naked bike, defying all attempts at categorization. Besides their daring vital visual appeal, they also offer a sporty and dynamic riding experience where agility and performance enter into a harmonious union. As soon as they arrived, their dynamic riding properties were showered with praises from the trade press.

In just a short time, the list of their awards grew to a considerable size. For example, the Husqvarna Nuda 900R received the 2012 red dot award “best of the best”. The red dot award was established in 1955 and has since ranked among the world’s most significant awards on the sector of product design. Not only that, the two Nuda models also won the favor of many MOTORRAD readers in the magazine’s 2012 Reader Awards, when they took their place on the winner’s rostrum in the Supermoto/Enduro categories. Last but not the least, initial sales figures verify that the Nuda 900 and Nuda 900R meet the taste of many active riding motorcycle fans.

The Nuda 900 and Nuda 900R are now available with optional ABS for even greater braking safety. Husqvarna Motorcycles has now made further optimizations to its Nuda 900 and Nuda 900R, and will be fitting the optional safety feature ABS ex works to these purist, road ready sports bikes weighing only 195 kg each. Yet the Nuda 900 and Nuda 900R continue to rely on their established engineering basis. Their drive remains unchanged as a refined version of the BMW F 800 R two cylinder engine, delivering 77 kW (105 hp) at 8500 rpm and a max torque of 100 Nm at 7000 rpm.

The suspension for the Nuda 900 and Nuda 900R is fitted on a torsionally rigid and lightweight tubular space frame of steel that integrates the engine as an additional supporting element. High quality suspension elements (the Nuda 900R features a fully configurable Ã–hlins rear spring strut with height adjustment) will thrill the more sportier riders, especially over snaking country roads. Powerful brakes bring the vehicle relentlessly to a firm stop.

Both models are fitted with brake callipers in a radial arrangement over the front wheel. The Nuda 900 features a Brembo four piston braking calliper bolted in a radial arrangement and 320 mm brake discs operating with sintered pads. In line with its great sporting claims, the Nuda 900R is fitted with Brembo monobloc callipers. The rear wheel brake in both models takes the form of a 265 mm brake disc and a Brembo two piston braking calliper. From the autumn of 2012, the Nuda 900 and Nuda 900R can also be ordered with ABS as an option fitted ex works. This is the most modern dual channel ABS on the market, the new Bosch 9MP.

With a system weight of about one kilogram, this ABS generation is especially lightweight and highly compact to boot. This system features valves with linear adjustments for the best possible response. The latest generation of wheel sensors with forty eight teeth monitor automatically the distance between the sensor and the sensor wheel. In addition, a pressure sensor determines the brake pressure on the front wheel for regulating the rear wheel lift detection. When the rider wishes this, in particular for special challenges like the race track, he can disengage the ABS system.