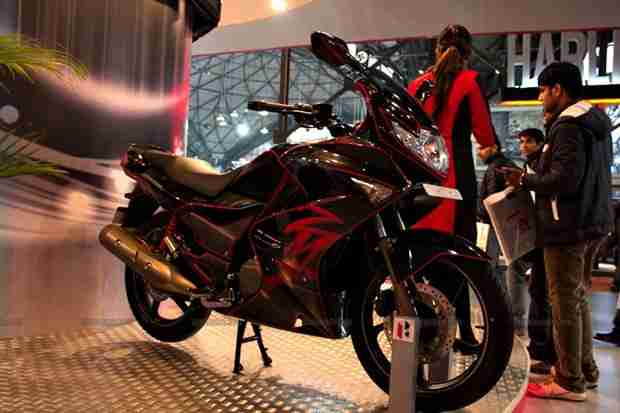 We told you last week that Hero MotoCorp was all set to announce a new technology parter apart from the existing collaborations with Austrian engine manufacturer AVL and Eric Buell Racing -EBR. Hero MotoCorp today announced this mystery technology partner as Italy’s Engines Engineering. The same group who was associated until recently with Mahindra. With the trio tie up combined with the new R&D centre being constructed, Hero MotoCorp would be able to develop their own technology that would go into all future Hero motorcycles. Under the partnership, the Bologna-based firm will impart technological know-how in terms of designing for future products to be launched by HMCL, the company said in a statement.

Commenting on the development, HMCL Managing Director & Chief Executive Officer, Pawan Munjal said: “I am sure the partnership with Engines Engineering, along with our other technology alliances, will result in offering cutting-edge technology and visionary styling in all our future products.” Describing the partnership as long-term, he further said: “There is immense scope to expand this alliance as we go along.”

Engines Engineering CEO Alberto Strazzari said: “It is not just a business partnership, it is also a meeting of minds.”