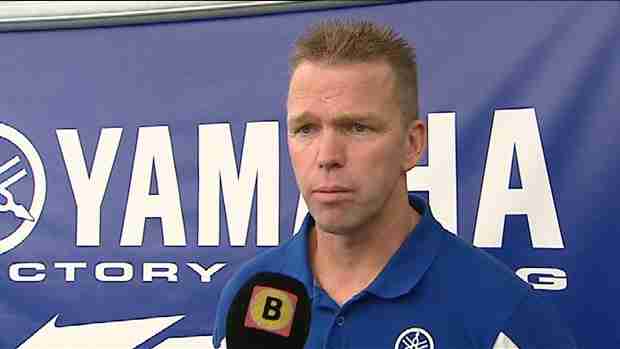 Yamaha Motor Europe and Yamaha Motor Netherlands have teamed up with the Dutch Dakar rider Frans Verhoeven to challenge for the 2013 and 2014 Dakar Rally. The ‘Yamaha Netherlands Verhoeven’ team will be competing with an officially supported Yamaha 450 Four Stroke machine, entered through the famous Yamaha Motor France rally structure, and are aiming to complete the world’s toughest off road motorcycle challenge within the top five positions. Rider and team owner Frans Verhoeven will be supported by his own experienced staff along with a dedicated Yamaha Motor France mechanic for full technical support.

Yamaha has a strong record of success in the grueling Paris-Dakar Rally and can claim the first ever Dakar victory in 1979 with Cyril Neveu aboard the Yamaha XT 500, going on to repeat the success the following year in 1980. Success continued with the legendary Super TÃ©nÃ©rÃ©, taking an impressive six victories with StÃ©phane Peterhansel from 1991-1993, (in 1991 the TÃ©nÃ©rÃ© took the top three podiums spots) 1995, 1997 and 1998. The move to South America over the last four years has also delivered success including HÃ©lder Rodrigues winning 2 stages and finishing third in last years Dakar, and on four wheels with Yamaha taking victory in the special quad bike category.

Verhoeven entered his first Dakar in 2005 and achieved his best result in 2009 with an eighth place finish. The Dutch endurance rider has claimed three stage victories and recorded two top three stage finishes in 2012.

“We are confident that our goal is realistic and can be achieved,” commented Yamaha Motor Europe Racing Manager Laurens Klein Koerkamp. “The Dakar is the toughest off road motorcycle race in the world, we want to enter and compete with the best and its fantastic that with joined efforts of several organizations within the Yamaha group we have been able to make this happen. The experience and ability of Frans are essential ingredients to this project. .’’

“I believe this combination has real winning potential,“ said Yamaha Motor Netherlands President Arno Sunnotel. “The Dakar is a key event for Yamaha and the ultimate test for our 450 machine. For our market it’s also great to have a Dutch rider in the highest ranks of the competition.”

“I have proved I can win stages and I could have been in the top five on several occasions if it had not been for bad luck and mechanical issues,” commented Frans Verhoeven. “Now with the reliability and speed of the Yamaha 450 I believe we can finally show our true potential.”

The 2013 Dakar Rally will start on the 5th January in Lima, Peru. Competitors will face over 8000km of desert and unforgiving countryside as they pass through Peru, Argentina and finally down to Santiago in Chile to the finish line on 20th January 2013.