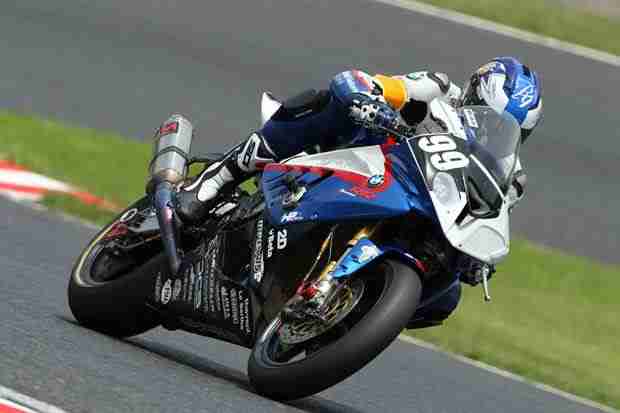 The BMW S 1000 RR is being prepared for its next appearance in the FIM Endurance World Championship. At the “Losail International Circuit” at Doha (QAT), BMW Motorrad France Team Thevent is contesting the second of five rounds of the 2012 season, the ‘8 Hours of Doha’. The French-Belgian squad, which only narrowly missed taking the world title last year, belongs to the numerous teams worldwide who count on the direct support of BMW Motorrad HP race support on the technical and engineering side.

The team and riders SÃ©bastien Gimbert, Erwan Nigon (both FRA) and Damian Cudlin (AUS) have set themselves a clear goal for this next mission in the Endurance World Championship. They have not only set their sights firmly on the podium, but on the top step to stay in the race for the 2012 world title. Lady luck was not on their side at the season opener, the famous “Bol d’Or” at Magny-Coury (FRA). A costly crash just two hours into the 24-hour-race, which left the #99 RR too damaged to continue, means that BMW Motorrad France Team Thevent currently trails the championship leader, SRC Kawasaki, by 40 points and second placed SERT by 33 points.

Together with BMW Motorrad HP Race Support and tyre partner Michelin, the team worked hard on preparing for the Doha race, where it aims to close the gap to the front. This mission is achievable, as 35 points are on offer to the winner and the championship leaders will not contest the 8-hour-race. Added to that, the BMW Motorrad France Team Thevent riders showed impressive race pace at the “Losail International Circuit” six months ago. At the 2011 season finale at Doha, the BMW trio demonstrated a breathtaking catch-up after a competitor had crashed and collected race leader Gimbert on his way to the gravel trap. The three riders fought their way back through the field from 24th to finish second, just 30 seconds adrift of the race winners.

“Missing out on any points at the ‘Bol d’Or’ has put us on the back foot championship-wise, but there was no way we could have continued safely after the crash. It means we head to Qatar knowing that we have to finish on the podium at the very least if we are to get our championship campaign back on track.”, team principal Michael Bartholemy says. “Yes, there are risks to pushing hard for the podium, but we’re here to challenge for the championship, not just to pick up safe points. We know from last year that our RR suits the Losail circuit well and this, combined with one of the strongest rider line ups in the championship, means I’m reasonably confident we can significantly reduce the gap to the championship leaders this weekend in Qatar.”

“It was disappointing to come away from the ‘Bol d’Or’ with no points, but it can happen in endurance racing. It puts pressure on us for the ‘8 Hours of Doha’, because nothing less than a win will do if we are to put ourselves back in the running for the championship.” Nigon states. “I’m confident that we have everything we need to win in Qatar; the bike is good, the team is good and I have two fast team-mates in SÃ©bastien and Damian. Now we just need to push hard from the first practice session onwards, to make sure we’re well and truly on the pace ahead of the race.”

“I think the entire team is heading to Qatar wanting to win,” Cudlin confirms, “but no one is more motivated than I am, especially since it was me that crashed and put us out of the ‘Bol d’Or’! We’ll face some strong competition in Doha, including a few new faces like Nori Haga and Ryuichi Kiyonari, so we expect a fight in this race. We can take confidence from the fact that our package was strong last year and it’s even stronger now. Hopefully we will get the job done there once and for all!”

“Of course, the start to the 2012 season with the ‘Bol d’Or’ did not go as we expected but now we are looking forward, as four more races are still to come and it is possible to turn the page again.” comments Berthold Hauser, Head of BMW Motorrad HP Race Support. “Doha is a circuit on which we were very fast last season. We only missed out on the world title because of the inculpable incident which made us slip way back down the field. This year, the team travels well prepared to Qatar. We are also confident because from our side HP Race support has done everything to create the optimum conditions for the best possible result which would bring our team back into the title fight.”