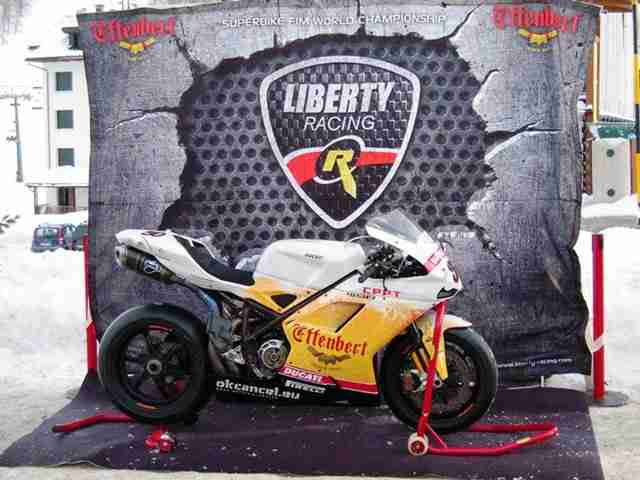 A little more than 24 hours after confirming that Brett McCormick would be riding for their Superbike team, and that “Federico Sandi remains the Effenbert Liberty Racing Team’s ace in Superstock and I am sure he will give us very good results riding the competitive Panigale 1199. Our active engagement in this direction remains intact,” Effenbert Liberty has just announced that they will be no longer be taking part in the Superstock 1000 FIM Cup.

“It’s a company decision and should be interpreted as to enhance the energies of Effenbert Liberty Racing Team to better support our four World Superbike riders, Sylvain Guintoli, Jakub Smrz, Maxime Berger and Brett McCormick, “said Team Owner Mario Bertuccio. “Therefore we are releasing young Federico Sandi, but to which we will give our support as we strongly believe in his promising talent. “

The Effenbert Liberty Racing Team will send four official riders on track for the remainder of the season that will officially terminate on 7 October on a French circuit of Magny Cours. This decision is just another proof of an enormous determination of the management of the Czech Team who believe in this sport with an unqualified commitment. This news is also a further contribution to the overall aim of the team to give an opportunity to young talented riders to show their potential.