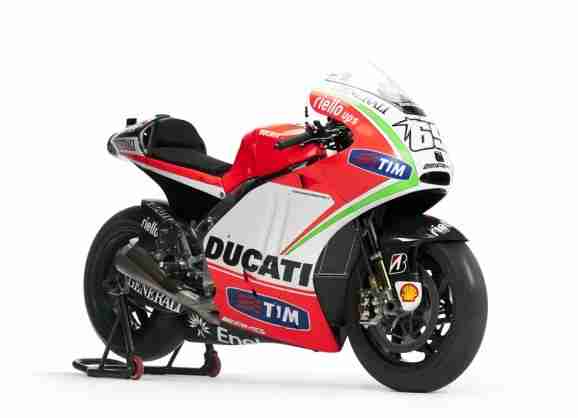 Ducati’s final day of private testing at Mugello was another washout, with the weather conditions at the track once again hindering any hope of getting some work done as Nicky Hayden and official test rider Franco Battaini spent more time in the garage than on track. Hayden was scheduled to make up for the lost time following his injuries sustained during the Valencia race and in a pre-season training accident, and was able to briefly test some wet and dry settings, but according to an optimistic Vittoriano Guareschi in a separate interview, stated that Filippo Preziosi has now identified the problem that is causing the chronic understeer that Valentino Rossi is constantly complaining about and is working on resolving the issue and they are also working on new electronics.

“We came here looking to make up time lost due to my missing the Valencia test and having limited time at the Malaysia and Jerez tests, but it was pretty much a wash,” Hayden said. “It’s a shame because Ducati gave me the opportunity to come and had a race-spec GP12 here, along with my whole team. Yesterday we made two exits with slicks and also did a bit of riding in the wet, but today the conditions were wet but also cold and windy, completely unmanageable. With two back-to-back races coming up, there wasn’t much to be gained by risking testing in the wet. I’ve learned during my career that you can’t control the weather, so there’s no need to complain. We’ll just look forward to the race at Jerez.”

“We had very unstable conditions at Mugello,” said Ducati Corse General Manager Filippo Preziosi. “We tried to optimize our work by doing some setup tests with Nicky, including some rain settings, given that he rode so little during the first two winter tests. With Franco, particularly on the relatively nice first day, we started doing some tests that will be useful for preparing updates for Vale and Nicky to try during the post-race test in Estoril. I really hope we get sunny weather in Portugal!”