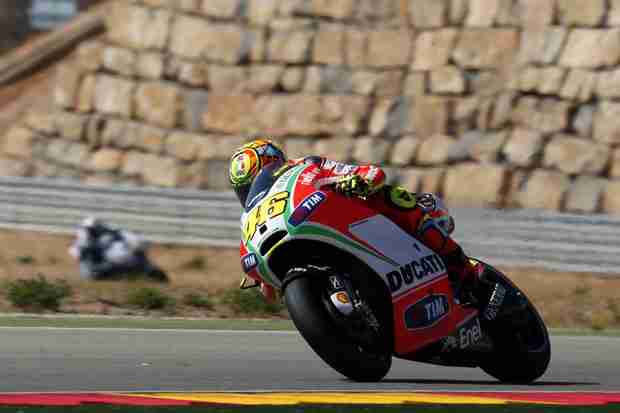 As the Ducati Team focuses on its job of improving the Desmosedici, the fifteenth round on the MotoGP calendar, set to kick off on Friday at Motegi, will provide the team’s technicians with an opportunity to check the setting updates on a track where the Italian bike has traditionally worked well. The Japanese circuit, where the Ducati Team has collected four wins and one additional podium finish, last year saw Valentino Rossi and Nicky Hayden working well on their bikes’ setups, enabling them to lap at a good pace all weekend, although their respective races were affected by a crash and an off-track excursion.

“I like Motegi a lot. It’s a nice track with good grip, and I have a positive memory of last year. We steadily improved the bike’s setup over the course of the weekend, and I think I could have had a good race if I hadn’t crashed on the first lap. At the moment, we’re still missing a couple of tenths with our pace to think of the podium, but at the last two races, we were still able to ride at a good, constant rhythm until the end, which is positive. At Motegi we’ll try to continue working in this direction and to take advantage of the Ducati’s potential, which is usually very high at this track.”

“Japan has a lot of passionate fans, and it’s a place where motorcycle racing has a rich tradition, which is nice even though I wouldn’t say Motegi has been one of my favourite or best tracks. It’s the first race of three in a row, and it’s really important. I thought I had escaped unscathed from the crash at Aragon, but unfortunately it looks like I picked up another injury. When I got home, my right hand was bothering me a bit, so I went for an X-ray and CT scan, and it turns out I have a fracture in my right radius. It’s definitely not the best situation, but as it’s not too painful and I have pretty good grip strength, I’m hopeful that it won’t cause too many problems this weekend. Racing’s full of ups and downs. We’ll try to ride this one out and hopefully get a decent result in Japan to get a little momentum going and get some confidence back.”

“Our team has had many good results at Motegi. Last year we had done good work on the bike’s setup, although we weren’t able to put it to the test in the race since Valentino crashed on the first lap and Nicky, who was riding at a good pace, made a small mistake while he was in fourth place, affecting his final result. With Vale, we’ve been working in a promising direction with the setup for some races, and we’ll be able to check it again on Sunday. In addition, good grip usually helps us, and the Japanese track’s asphalt offers good traction. Nicky will have to deal with another small hand fracture, but he’s a very determined rider and he has reassured us that his condition is okay and that he has every intention of immediately returning to action.”