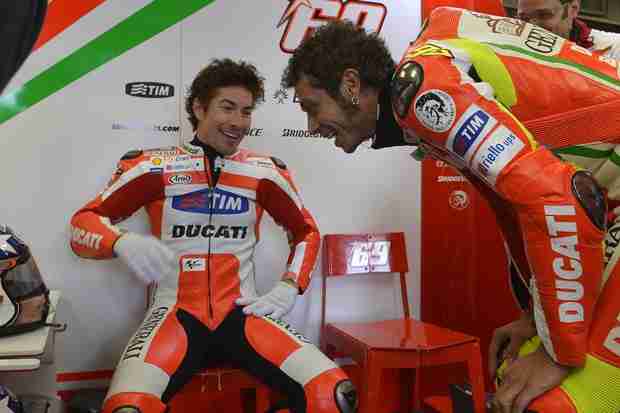 After a brief, two-week summer break, the Ducati Team is on its way back to the United States for the second of two American MotoGP rounds. The team’s goal is to continue working on the bike in order to enable a positive final part of the season for Valentino Rossi and Nicky Hayden. The American is particularly fond of the Indianapolis circuit, not only because it’s close to his home state of Kentucky, but also because it was the site of his first podium with Ducati, in 2009. Valentino Rossi has also been on the podium at this historic track, taking the victory when it first hosted the championship, in 2008.

As is always the case at the American events, Ducati Island will serve as the meeting point for the fans that come to support the Ducati Team, and to share the race weekend and enjoy the many exciting activities organized by the Italian manufacturer’s American subsidiary.

“This break served as an opportunity to make important decisions for the future, but now I want to return to thinking about the races because we want to improve and during the weekend it’s important to focus completely on what we have to do on the track. Indianapolis isn’t one of my favourite circuits, although I do have a win there. It’s a particular track because it’s one of those that goes in the opposite direction, so the lines are a bit strange in many of the corners. It’s a tricky track, but we’ll try to do our best and have fun.”

“Laguna was fun, but Indy is really my home GP, just across the state line from Kentucky. Hopefully we can do a good result. We struggled more at Laguna than I expected, but Indy is much faster, with more opportunities to open the throttle. It should be nice to ride that track on the 1000s, and it will be fun for the American fans to really get to see them in action. Last season, tyre wear was critical there, but hopefully the pavement will come in a bit better this year. I hope to be competitive starting on Friday, and I’ll definitely be disappointed if we don’t get the best result of the season so far.”

“The past month has been very intense for everyone, but now things are clearer. We can therefore concentrate on our work on the track as we continue to improve our bike so that Vale and Nicky can finish the season on an upward trend. Indianapolis is a challenging track laid out inside the famous oval for the 500, and it therefore features different types of asphalt, making for conditions that stress the tyres. It will be important to find a setup that makes it possible to take advantage of the hard tyres.”