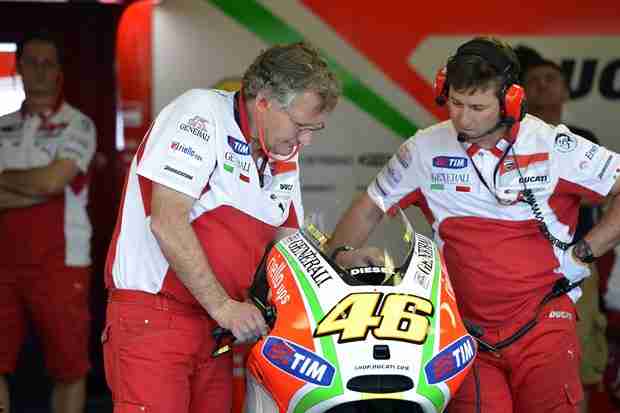 The first day of a two-day test for the Ducati Team at the Misano circuit was marked by weather that was sunny but not too hot, as Valentino Rossi joined official test rider Franco Battaini. Rossi, together with the Italian technicians from his team and the Ducati engineers, worked on the chassis updates that he had first tried in the test after the Mugello Grand Prix. The changes are intended to concentrate the weight of the Desmosedici.

With Technical Director Filippo Preziosi and Team Manager Vittoriano Guareschi managing the test from the garage, the Italian rode from 10 a.m. to 5 p.m., completing 60 laps. Tomorrow’s second and final day of the test will be followed by a fifteen-day break before a return to action at the same circuit, for the San Marino Grand Prix.