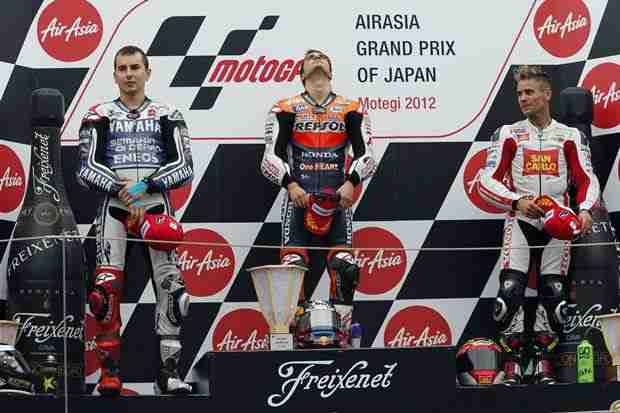 MotoGP Motegi although not as exciting as the Moto3 and the Moto2 races was important as it kept the championship alive. Dani Pedrosa’s win has brought down Jorge Lorenzo’s lead to just 28 points.

The race began with Lorenzo quickly grabbing the lead after fending off Pedrosa into corner one. These two were followed by Ben Spies, Cal Crutchlow, Casey Stoner, Alvaro Bautista, Andrea Dovizioso and Stefan Bradl. The first lap saw Ivan Silva run off track, this was followed by a crash from Randy de Puniet who although rejoined had to retire later on and then a tumble by Yonny Hernandez.

Ben Spies having the worst season ever, continued his bad spell with a braking error and ran off track to crash into the barrier. Pedrosa and Lorenzo had a huge lead over the rest now and by lap 11 Pedrosa made an easy pass on Lorenzo and continued to pull away to a 4 second lead at the finish line. Following the duo was Alvaro Bautista who closed up the top three spots for an all Spanish podium. 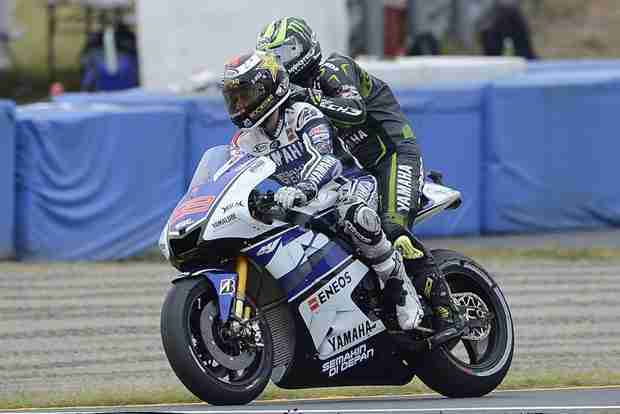 Bautista was initially behind Cal Crutchlow who had got promoted to third place after Ben Spies crashed out. It was not until just 5 laps to go before Bautista made a very tight pass on Cal Crutchlow. Cal Crutchlow stuck on the Spaniards tail waiting for an opportunity but a technical snag on the final lap meant he could not finish the race. Andrea Dovizioso came in fourth, after having started 6th. He was initially overtaken by Stefan Bradl and Casey Stoner, but started fighting back by the 10th lap first passing Stefan Bradl and then a recovering Stoner who could not fend him off for long.

Stefan Bradl came in 6th and is now officially the Rookie of the year. Rossi came in at 7th and behind him was team mate Nicky Hayden. Hayden was just ahead of Yamaha wild card rider Katsuyuki Nakasuga followed by Hector Barbera who would up the top ten. Karel Abbraham was 11th ahead of Aleix Espargaro, Espargaro who was the best CRT rider. 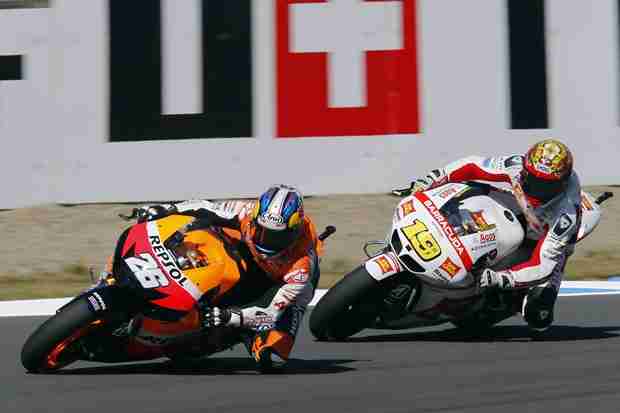 “It was a hard race because the pace was very fast from the beginning. I tried to understand the bike, as yesterday we had a lot of chatter so I didn’t know how it would be today. In the beginning it wasn’t too bad but then it got a little worse during the race. I managed it as best I could and I stayed with Jorge [Lorenzo], I was able to get a better line out of the corner and pass him and then I put in some good laps and controlled the gap. Jorge tried to stay with me, but then decided to settle for the second place.

We did what we needed to do and it’s just a pity that there is no one else who can stay with us because every race I win, he’s been second. But anyway, it’s a great feeling to win races and we are doing it now. Thanks to Honda and the whole team, I’m really happy to win again here in Motegi!”

“I was completely at the maximum trying to stay with Dani but today we had such different performance on the straights and he was also riding really well. I tried to stay with him but it was impossible, maybe next time it will be different. For sure the Championship is closer now, but we are still very competitive and have the chance to win.”