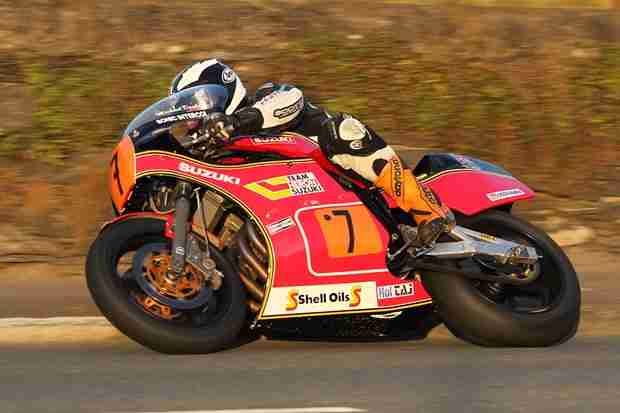 Following the announcement that the Manx Motor Cycle Club and the Department of Economic Development (DED) had reached an agreement on the future direction of the Manx Grand Prix Festival, the Department has published its outline proposals for the newly introduced Classic TT Races which will form a key part of the new festival.

The proposal features three Classic TT Races taking place over the traditional middle weekend of racing and the August Bank Holiday Monday. The Manx Grand Prix Races are scheduled to run on the following Wednesday and Friday with practice and qualifying for both series of races taking place during the previous week. Early plans include the potential for a four-day festival of motorcycling nostalgia to support the Classic TT Races. The festival will feature period events, exhibitions of exotic classic racing motorcycles, chat shows and autograph sessions with legendary riders, parade laps, air displays, Vintage Motorcycle Club Events and family entertainment. 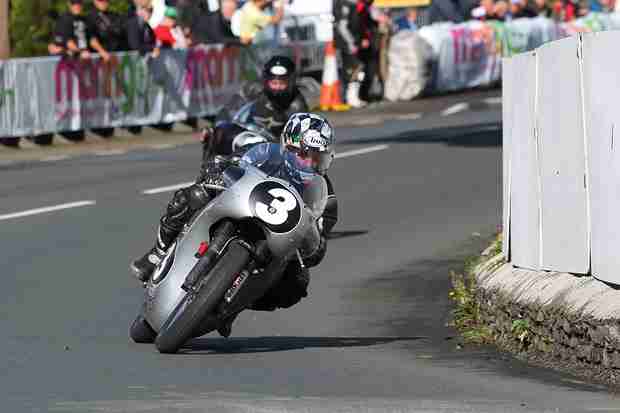 The proposals also include a revamped race programme and race regulations with races for the traditional MGP 500cc and 350cc class, rebranded as Classic TT Races, along with new Formula 1 and Formula 2 Classic TT Races. The plans would see the Formula 1 and Formula 2 Races run concurrently and would represent the original FIM World Championship classes of the same title from the late 1980’s and early 1990’s. These new classes would open the Classic TT to a new generation of machinery including iconic machines such as the Honda RC30, Kawasaki ZXR 750, Yamaha OW01, Suzuki GSX-R 750 and Ducati 888.

A number of sub classes are also being proposed to ensure competitors of all abilities and experience, and machinery of varying specifications, can compete in the Classic TT Races in an environment that promotes equality and sportsmanship. All competitors in the Classic TT would be given a classification as either a GP Rider or Clubman Rider depending on their previous results and experience, with further sub-divisions relating to the specification of the machinery they are competing on.

Whilst there would only be one podium presentation per race, based on the overall race result, the sub classes would be used to determine qualification times, the awarding of replicas and other trophies and would be clearly identified in the official results and recognized as sub-class winners in the official post race press reports. The Department is inviting comments from interested parties via e-mail at [email protected] by Monday 24th September 2012. 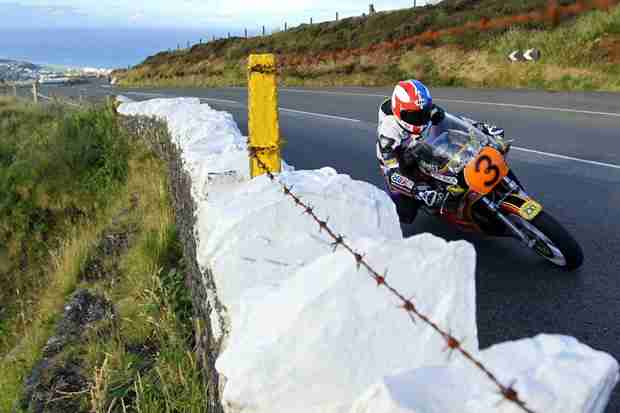 “We have had a remarkable response to the idea of a Classic TT from the international classic motorcycle movement, which confirms our research that our motorsport heritage is unrivalled anywhere in the world. We have spoken to people from all corners of the globe including existing and potential competitors, machine owners, parade participants and race fans and all are keen to be a part of this new event.”

“We have also had a very encouraging response to our plans for the race regulations from existing MGP classic competitors and machine owners, teams and riders who have competed at the MGP in the past who are keen to return and also potential new participants.

“We now have a huge amount of work to do to develop our plans alongside our key stakeholders including the Manx Motor Cycle Club, the TT Marshals Association, the Vintage Motor Cycle Club and our commercial partners. We intend to release the regulations for the event by the end of September to allow people the maximum possible time to prepare for the inaugural event. We then plan to release details of some of the riders and machines expected to compete along with further details of the supporting festival events, ticket options and travel packages at the Motorcycle Live event at the Birmingham NEC in November.”