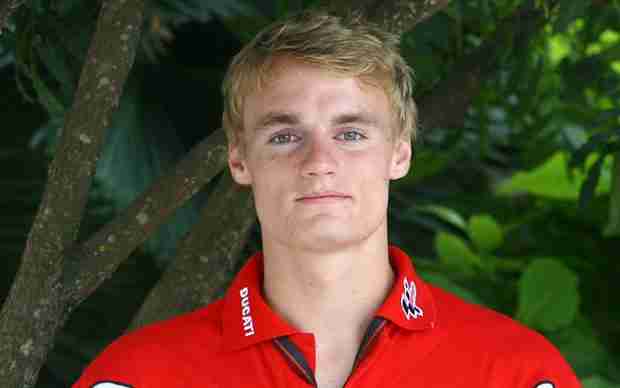 The rider line-up of BMW Motorrad in the 2013 FIM Superbike World Championship takes shape. Chaz Davies (GBR) will ride a factory BMW S 1000 RR next season becoming the new team-mate of Marco Melandri (ITA). The 25-year-old Welshman is the reigning World Supersport Champion and is competing in his debut year in the FIM Superbike World Championship in 2012. He has had some strong performances throughout the season and has already stood on the WSBK podium four times, most recently by winning today’s second race at the NÃ¼rburgring.

“We are happy that we can welcome Chaz to the BMW Motorrad family”, says Andrea Buzzoni, General Manager BMW Motorrad Italia, who will take responsibility for the BMW Motorrad factory team from next season. “On his way through the ranks, Chaz showed how talented and fast he is. His title win in the Supersport World Championship in 2011 was impressive proof of that. And in his current debut season in the Superbike World Championship, it did not take him long to win his first race. We are convinced that Marco and Chaz will form a premium rider line-up, and that in combination with the BMW S 1000 RR, we will have one of the strongest packages in the World Championship.”