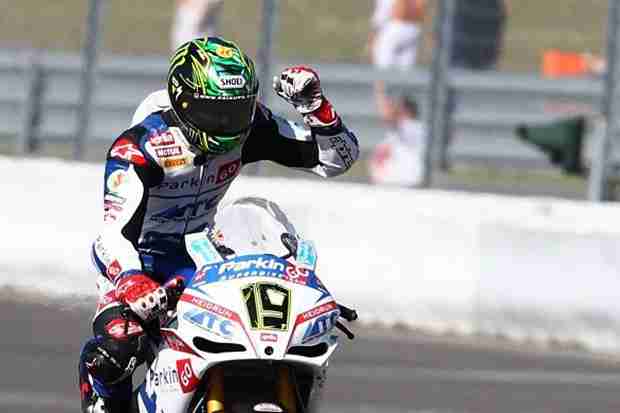 Chaz Davies made is first appearance at the WSBK scene in 2012 and right away has made an impact at the race’s. He scored a total of 164.5 points this season and finished 9th in the total point standings for the WSBK championships. This performance has got him WSBK Rookie of the year award.

Earlier riding in the Supersport class the ParkingGO rider was bumped up to the big boy league after taking the Supersport championship in 2011. His crucial win in Race 2 at the Nurburging and three podiums this season confirmed his rookie of the year award and also made sure that Aprilia won the manufacturers title. Next year Chaz Davies will be riding at BMW along side Marco Melandri. 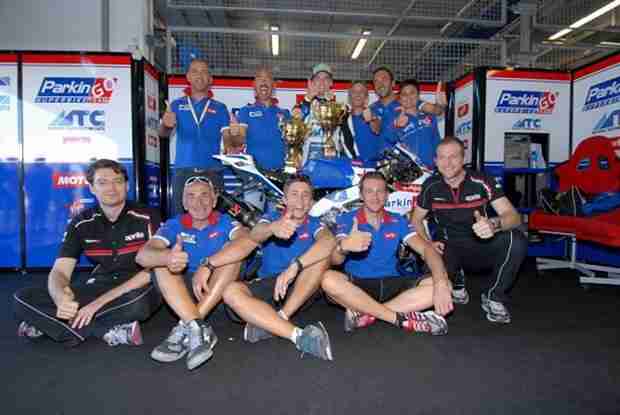 “The last race of the season did not go exactly as planned. It started with the problems on Friday and continued with a crash in race 1 which also created some problems in race 2. This is certainly not the way I wanted to finish with the team, today I wanted very different results. I have spent wonderful years with them and I must say it weighs to have to leave them but it is also true that it is right for me to take advantage of the great opportunity that’s been offered to me for next year. I really have to thank Giuliano  and the whole team at ParkinGO, they were really a family to me. Now I have to learn a new bike, we’ll see you soon.”