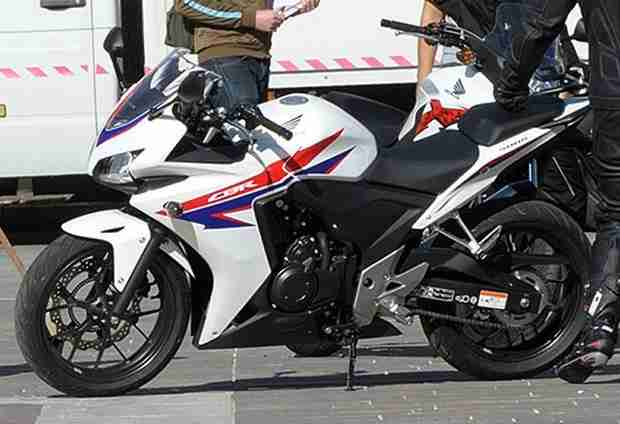 The world is a wonderful place again, the first clear photographs of the CBR500R, CB500X and the CB500R show some beautifully sculpted motorcycles that take design cues from its elder siblings and mix it with its own blend of style. These snaps that first appeared on a Italian website seems to be taken at what clearly looks like a promotional advertisement video shoot for the three new bikes from Honda. 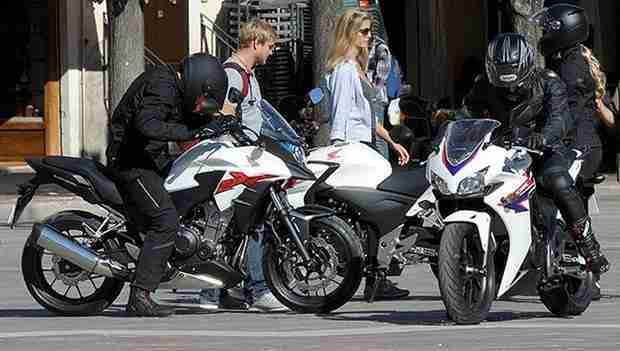 The Honda CBR500R cosmetically looks like a blend of the CBR600RR/CBR1000RR and the smaller CBR250R, the front from the 600/1000 and the rear end from the 250. Not bad we say, it looks the part and speculative technical specifications mention a motor that churns out close to 46bhp. The CB500X has design cues from the elder NC700 and is more of a adventure bike a crossover to be exact and although is not a through bread off-roader can still still take a mild amount of abuse. The CB500R is a naked bike and although the front is not visible in these set of pictures the earlier spy photographs show that it looks more like a stripped CB500X. All the three machines will sport the same engine, ABS and as of now looks like will be unveiled at the EICMA next month. Check out below for a look at the expected specifications, like we said earlier about the CBR500R, the power figures are a bit disappointing for a 500, but then again this CBR is designed keeping in mind the tough economic times where people are looking for a good balance between power and efficiency, but since these are only speculative figures we have our fingers crossed in hope that the official unveiling will give us a surprise. 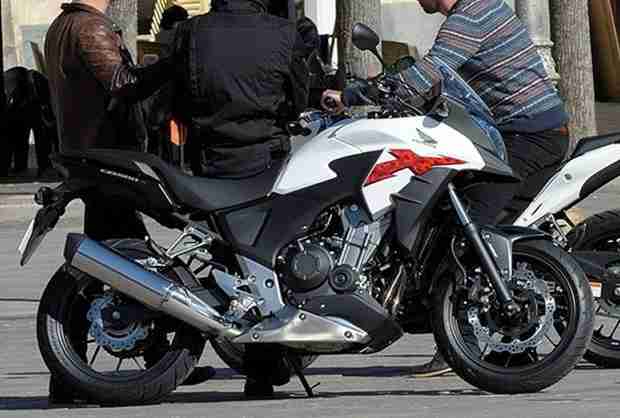