One year ago, Casey Stoner was crowned MotoGP World Champion for the second time with a win at Phillip Island. It was the day of his twenty-sixth birthday and his fifth consecutive home victory. This weekend the home fans will say goodbye to Stoner, who retires at the end of the season. Ahead of the visit to the Australian track which will rename Turn 3 after the Repsol rider, Stoner presents a video of his most personal side, recounting some of the key moments in his career via a series of photos. 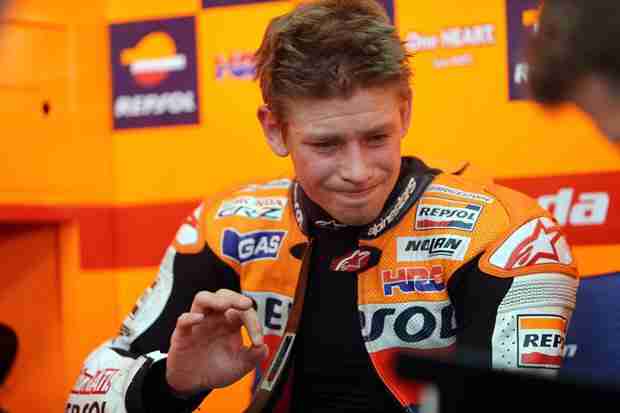 “This picture is the only proof of all the trophies that I won in my early years,” says Stoner whilst holding up a photo of the countless prizes that he had earnt by the age of eight. “After two years racing in Europe, we came back to Australia to find that termites had destroyed all of them. There were more than a thousand!” he explains. A fan of fishing and passionate about his home country, the Australian looks back over chapters of his life from the early days to his 2011 MotoGP title with the Repsol Honda Team. “Winning the World Championship on my birthday, with my fifth victory in a row at Phillip Island, was something that I couldn’t have dreamt. I am very grateful to have experienced this before the end of my career,” he concludes.