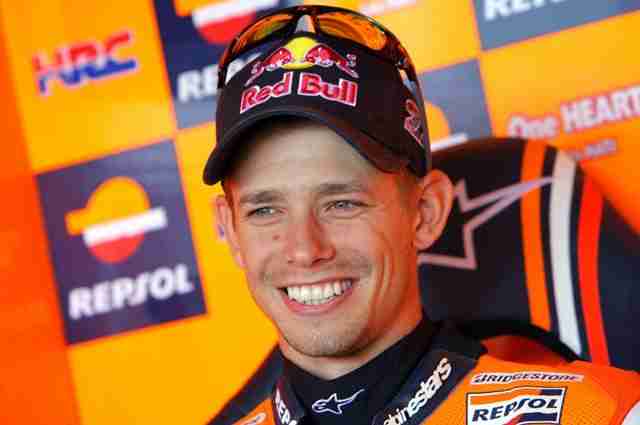 2011 MotoGP World Champion, Casey Stoner, will today launch his personal blog through Repsol competition website (www.repsol.com). With this link between the Australian rider and motorsport fans, Repsol continue to stand out as a reference at the highest level of competition, in which they have been present for over 40 years.

The first Casey Stoner blog will coincide with the start of the 2012 preseason. The first tests will take place tomorrow at Sepang in Malaysia, at which the Repsol Honda Team will be using their new RC213V bike. Casey Stoner will share his thoughts and feelings with fans on a weekly basis, analysing the races and giving his thoughts on the development of his bike during what is set to be an immensely competitive season. This is an unique opportunity to get to know the Australian, to discover the secrets of his garage and find out how the World Champion sets about his title defence at each Grand Prix.

Stoner joins Dani Pedrosa and Marc MÃ¡rquez in the Repsol blogosphere. The two Spaniards will also be updating their blogs at www.repsol.com for the fourth and third consecutive year, respectively. The energy company will thus be featuring the opinions of three former World Champions who are aspiring to be titlists again in various categories in 2012.