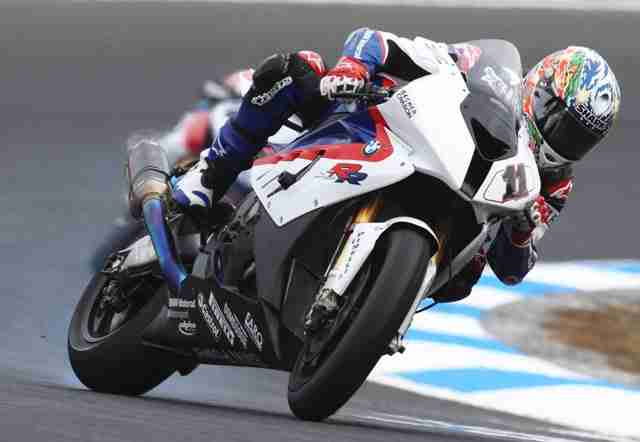 Team BMW Motorrad Motorsport used the break between the successful season opener and the second round of the 2012 FIM World Superbike Championship (WSBK), taking place April 1st, for testing. The team conducted a two day test at Motorland AragÃ³n, near AlcaÃ±iz, Spain. The two factory riders, Marco Melandri (ITA) and Leon Haslam (GBR), completed a total of 720 miles (1,160 km) of testing on their BMW S1000RR motorcycles.

Leon is recovering well from the fracture of his tibia that he sustained on February 20th during the official Infront testing at Phillip Island, Australia. The fracture was fixed with two screws just one day before the first race weekend started. Nevertheless, Leon successfully took part in the first two races of the season and, with healing process is going well, was able to jump on his RR for testing at Motorland AragÃ³n. “It was good to get back on the bike. My leg is getting better day by day,” said Leon. “It is still a little sore and I can’t walk on the leg yet, but it is a lot better than it was in Australia and it should be nearly 100 percent okay for Imola.”

Team BMW Motorrad Motorsport used the two days to work on several areas: They shook down a new engine spec, worked on the chassis by testing different solutions for the rear-end of the bike and also worked on electronics strategies. The weather conditions were good for this time of the year — a cold wind was blowing, but the sun was shining. “The team did a good job with the new engine spec. It feels more powerful in top revs and we have been working on improving the power delivery,” said Marco. “We also successfully worked in other areas, for example we also made some modifications regarding the swing arm and the chassis. I am sure that we are going in a good direction.”

Next week, Team BMW Motorrad Motorsport will travel to Imola, Italy where the WSBK second round will take place from March 30th to April 1st. The Imola race weekend also marks the first round of the 2012 FIM Superstock 1000 Cup. The BMW Motorrad Italia GoldBet Superstock Team completed a three day test in preparation for the season opener in Imola. This test was the second one this year for both Sylvain Barrier and Lorenzo Baroni, after one in February in Almeria. The team continued working on the set-up of their brand-new BMW S1000RR motorcycles. “The lap times kept improving as we were doing some adjustments on the set-up,” said Sylvain. “The new BMW S1000RR is a better bike in every aspect, particularly with regard to entering the corners and mid-turn stability.” 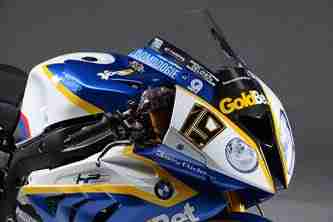 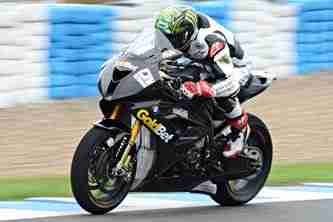