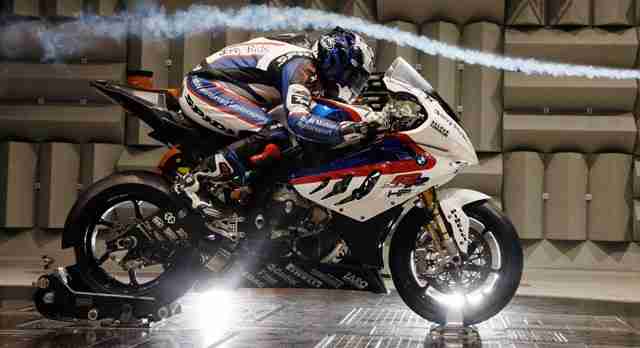 BMW Motorrad president Hendrik Von Kuenheim has indicated that the German brand will move into MotoGP once it wins races in the World Superbike Championship. “We haven’t won in Superbike yet, but we are close,” von Kuenheim told MotoGP.com. “Once we win we will move onto bigger and better things.” In terms of two-wheeled motorsport that can only mean MotoGP. “MotoGP is the most watched motorcycle racing in the world,” confirmed von Kuenheim. “Next to F1, it is the benchmark for motor racing, So it’s a clear platform for us and we have to think about it. It’s a substantial step.”

A BMW engine will already be present on this year’s MotoGP grid, having been the powerplant of choice for the new Forward Racing CRT project. The inline four-cylinder S1000RR Superbike engine will be matched to a Suter chassis and ridden by MotoGP veteran Colin Edwards. “We are going to see how Mr. Suter does, as this is his initiative,” said von Kuenheim. “Obviously he gets some support from BMW, but it is his project. It will be interesting to see the potential.

“I believe with the new [CRT] rules our [S1000RR] engine, with the bore as well as the one litre displacement, is very suited to MotoGP racing. “But racing is expensive, so we have to think about it!” Following Suzuki’s departure, just three factories remain in MotoGP as official manufacturers – Honda, Yamaha and Ducati. However new cost-cutting rules currently being debated aim to attract brands such as BMW into the premier grand prix class.

It may be a coincidence, but Von Kuenheim’s MotoGP comments also come just days after German rival Audi (part of the VW Group) was revealed to be ‘in talks’ for the purchase of Ducati. BMW’s S1000RR made its World Superbike debut in 2009 and has taken six podiums and one pole, including a best race finish of second. Former 500cc/MotoGP riders Marco Melandri and Leon Haslam ride for BMW’s factory WSBK team.