When BMW Motorrad extended the GS family with an entry-level and medium category in 2007 in the form of the F 650 GS and the F 800 GS, there was no doubt as to the message: lots of riding fun based on light, safe controllability over all surfaces, plenty of drive power and endurance on trips – even when there are only gravel tracks left to get you where you’re going. A concept in two versions which many motorcycling fans responded to enthusiastically.

BMW Motorrad now continues this chapter of the GS success story with the updated versions of these two successful enduro models: the F 700 GS and F 800 GS. As always, BMW Motorrad has faced the challenge of taking something that is already good and making it even better, consistently focusing on building on the characteristic strengths of the GS in refining the concept.

The new F 800 GS combines suitability for road use and touring with superior off-road qualities, bringing the two worlds together to an extent not previously seen in this class of motorcycle. By contrast, the new F 700 GS is geared more towards motorcyclists who do not yet need quite the same level of off-road expertise. Its strengths are a lower seating height, all-round capabilities for everyday use and more than sufficient power while also offering outstanding economy. 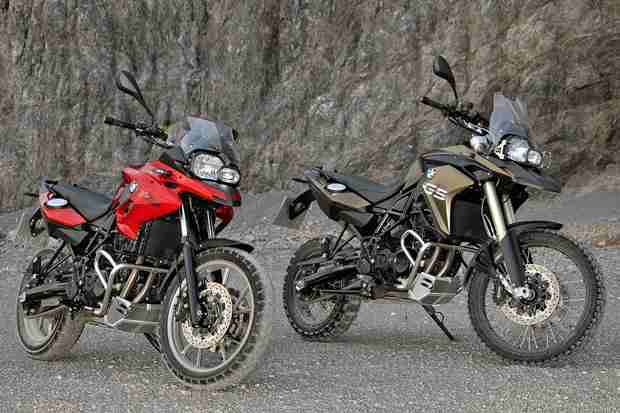 The well-proven parallel twin – now with increased output and torque for the new F 700 GS. Both the F 700 GS and the F 800 GS continue to draw their power from the distinctive, liquid-cooled 4-valve 2-cylinder engine with 798 cc, electronic fuel injection, closed-loop catalytic converter and 6-speed gearbox. Its spontaneous response, impressive pulling power and low fuel consumption are what give it a particular fascination. Another unique feature in serial production motorcycle manufacture is the mass balance based on an additional connecting rod. This compensates for first and second-order inertia forces, ensuring that the 2-cylinder runs with a low level of vibration. 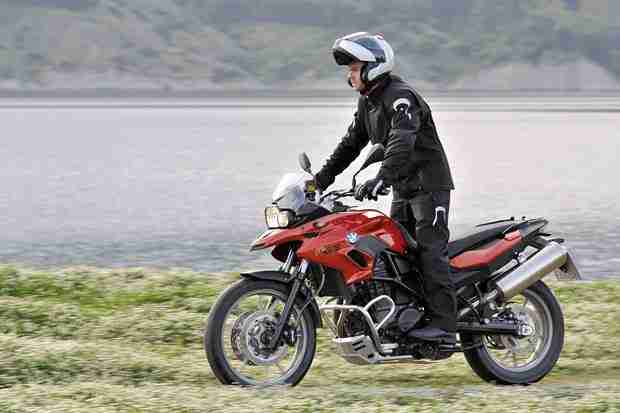 F 700 GS now fitted with double disc brake. ABS now standard in both models based on the “Safety 360°” principle. The new F 700 GS and F 800 GS draw on established suspension technology. The steel frame in tubular construction integrates the engine as a load-bearing element. The rear frame in square steel tubing, the aluminium double-sided swing arm and the wheels and tyres all remain unchanged.

Like the F 800 GS, the new F 700 GS is now fitted with a double disc brake on the front wheel. What is more, the two new GS models are fitted as standard with a new generation of the BMW Motorrad two-channel ABS for the first time.

The Electronic Suspension Adjustment ESA is a new feature in this motorcycle segment. Available as an option ex works, it allows the rider to conveniently set the rebound stage damping of the rear spring strut at the press of a button on the handlebars, with the settings “Comfort”, “Normal” or “Sport” available, thereby adapting the set-up to the needs of both route and riding style. The handwheel for setting the desired spring mount has been optimised for improved controllability.

BMW Motorrad ASC (Automatic Stability Control) is likewise a newly available ex works option which is also unique in the market segment of the new F 700 GS and F 800 GS. This BMW Motorrad traction control system prevents unwanted spinning of the rear wheel while accelerating, which would result in the loss of lateral grip and thus break-out of the rear wheel. The welcome consequence – especially when the road surface offers reduced friction – is an increase in riding safety.

The new F 700 GS and F 800 GS each feature the latest generation of BMW Motorrad switch units. These are more compact in design and offer improved ergonomics. The analog speedometer and engine speed display are arranged vertically, their new dial faces ensuring further improved legibility of road speed and engine speed in the new F 700 GS and F 800 GS. What is more, the information display already includes fuel level and coolant temperature as standard. The increased dynamic performance and even more harmonious appearance of the new F 700 GS and F 800 GS are reflected in the new smoke grey glasses for the turn indicators and a smoke grey glass covering on the LED rear light. 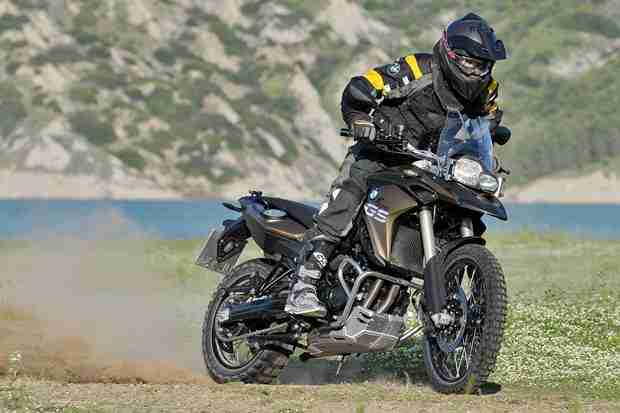 In terms of shaping, too, the new BMW F 700 GS and F 800 GS have been upgraded to create a clearer design more in keeping with model character. The main revised areas are the new side trim sections, which are now more striking and dynamic in styling and reflect the differing characters of the F 700 GS and F 800 GS even more authentically. The package of visual measures is rounded off with new paint finish concepts and inscriptions.

In response to popular demand among existing F 800 GS customers for a reduction in seating height, BMW Motorrad now offers a lowered suspension in conjunction with a lower seat as an ex works option and as a special accessory. As part of its model revision measures, BMW Motorrad has also significantly broadened the range of options and special accessories, thereby addressing the widely differing areas of use pursued by BMW GS customers.