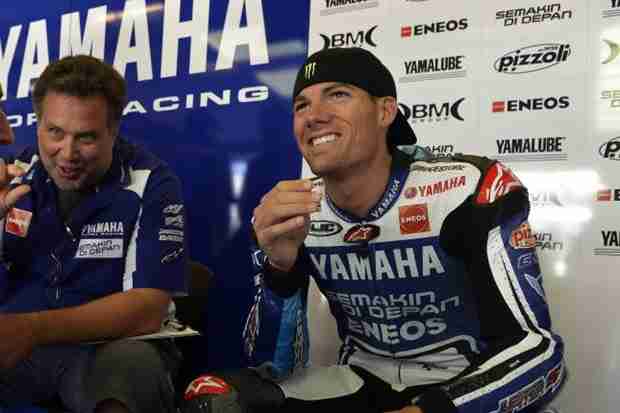 Finally the mystery surrounding Ben Spies for the next MotoGP season has come to an end. In an official press release today Ducati has confirmed that Ben Spies and Andrea Iannone would riding for the Pramac Ducati team for the MotoGP season 2013. There is still a lot of speculation as to why Ben Spies decided to leave the factory Yamaha team but these are intricate details that world probably will never know, he will be joined by young Andrea Iannone graduating from Moto2 who has already been testing the Desmosedici GP12 at Mugello on two earlier occasions. Official press release from Ducati after the jump.

Having already confirmed Nicky Hayden and announced Andrea Dovizioso for the Ducati Team, the Italian manufacturer now reaffirms its confidence in and commitment to the MotoGP World Championship, finalizing its line-up for next season with two riders who are fast and competitive, already protagonists in the MotoGP and Moto2â„¢ World Championships.

At the same time, the partnership has been renewed between Ducati and Pramac Racing, which will continue to be entrusted with the management of the satellite team. The two riders, who have a direct link with the company, will be supplied with official equipment. This agreement will enable additional important support in the development of the Desmosedici MotoGP project, offering a further opportunity in the process of improving the performance of the Italian bike.