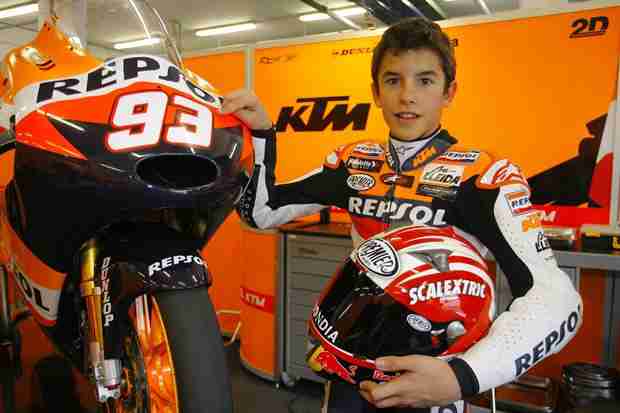 At just 19 years of age, Marc MÃ¡rquez already has two world titles under his belt –from 2010 in 125cc and now in Moto2– and has achieved a milestone that only a few have reached at such a young age. Despite his youth, it’s been five years since Marquez climbed onto a World Championship bike for the first time. Over these years, the evolution of the young Spaniard has been outstanding, like his quick adaptation to different displacements and equipment, in an adventure that has always gone hand in hand with Repsol.

During these five seasons, Marc MÃ¡rquez has starred in amazing overtaking moves, incredible comebacks, duels not decided until the last moment and wins worthy of a World Champion. Some of these achievements are reflected in the more than three hundred images that comprise this video tribute. A review, from the beginning up to today, of the Repsol rider in the World Championship.