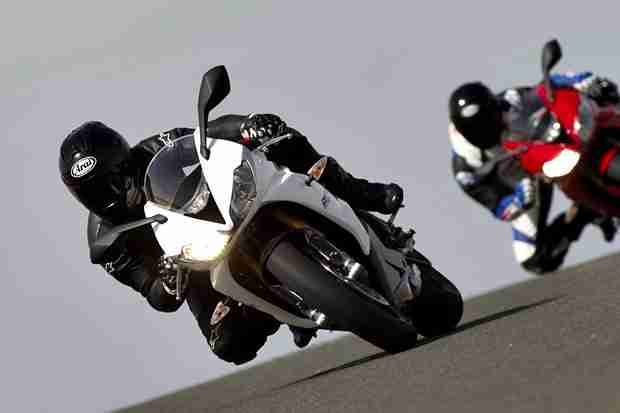 The 2013 Triumph Daytona 675 has seen a massive overhaul and although it might not be that apparent the 2013 Daytona is pretty much new. The 3 cylinder has been worked upon and now has been squeezed to produce an extra 2 bhp and 2 lbs torque. The chassis and panels receive minor changes that save about 2 kilograms. The final power figures stand at 126bhp at 12,500 RPM (rev limiter at 14,400 RPM) and now has more linear power and torque curve.

The biggest visual modification is the addition if of a more obvious exhaust compared to the underbelly one from the previous Daytona. There are now twin fuel injectors for each of the 3 cylinders that Triumph claims will improve power and efficiency. The bore is a new one, so is the intake and the valves are now made of titanium. Transmission is a 6 speed one with a slipper clutch. The suspension has been replaced with the best from KYB and the new ABS system now allows for some controlled rear wheel slide. The is also a seat height reduction of 10mm. The new Triumph Daytona 675 is stated to reach international showrooms early 2013.