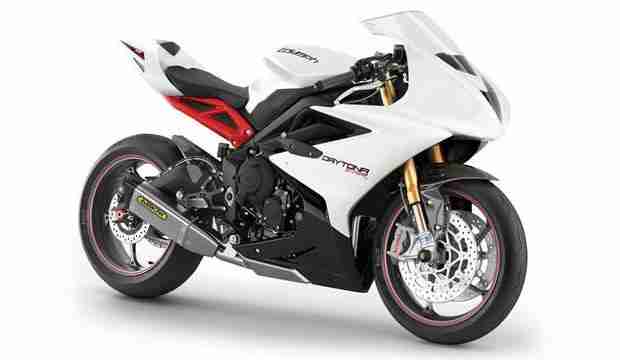 Mention the world factory kit and you know you are in for a treat. Although some kits really do the job and make for an undeniably exhilarating experience, others end up being more a cosmetic touch with a lot of carbon fibre put in to resemble a factory racer. So understandably when Triumph announced its factory kit for the 2013 Daytona 675 we were excited by still sceptical, but we were in for a surprise. The Factory Race Kit for the Daytona 675 is one that Triumph has developed for race teams who want a quick no nonsense set up that can work as a plug and play system.

The usual ‘factory race kit’ is synonymous with carbon fibre, but all the addition and changes for the Daytona 675 comes in terms of new camshafts, exhaust valves, race air filter, head and base gaskets, a race ECU and wiring loom, lightweight wheels and a full arrow system. The full kit even throws in a spare engine, a boon for race teams but probably a bit too much for a average Joe track junkie. The kit takes the power to a nice and thrilling 130HP and yes will cost you £5,000($8111!).