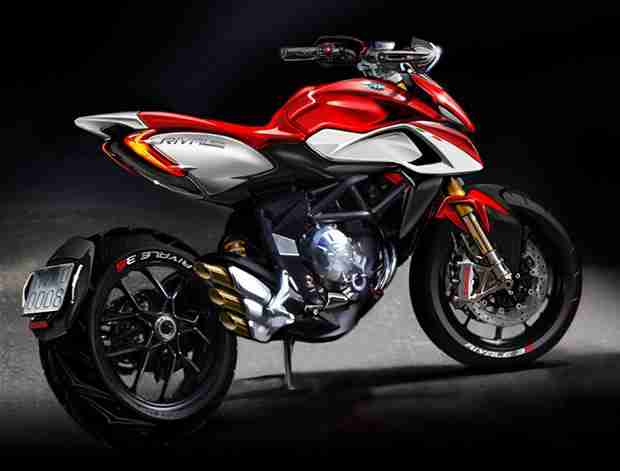 MV Agusta have released the first official sketch of the Rivale. This 800cc triple has the same motor that is on the new Brutale 800 which is basically the same engine as that on the existing 675 triple with a bigger bore. First look at this sketch and for sure you are reminded of a certain other Ducati, but then the similarities end there, and the MV Agusta Rivale adds to the company’s existing line of some beautiful looking lustful machines.

There are a lot trademark MV Agusta design cues on the bike that include the trellis frame and the awesome looking triple exhaust. The sketches sure look awesome and MV Agusta are all set to unveil the Rivale at the upcoming EICMA in Milan immediately after which we will have all the details ready for you here.