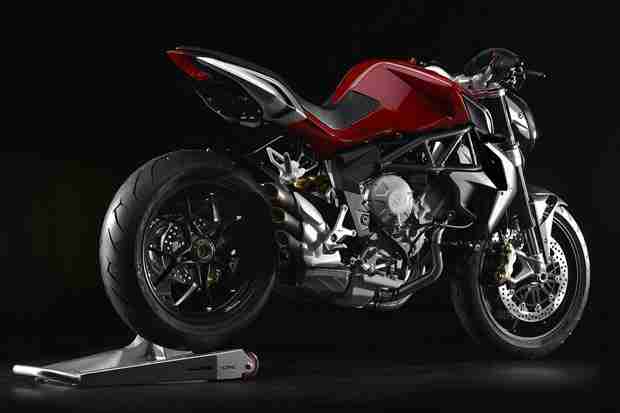 The new Brutale 800 would be joining the Rivale in the list of new bikes that MV Agusta would be unveiling at the 2012 EICMA at Milan. The Brutale would be powered by the same 800cc 3 cylinder engine that will be featured on the Rivale as well.

Design wise to set the 2013 Brutale 800 apart from the bigger Brutale 1090 trio, the 800cc triple will get some unique paint schemes namely the Ruby Metallic Red/Silver, Mamba Red/White, Matt Gray/Pearl White and White/Blue Pearl ‘Italia’. The engine has a counter rotating crankshaft and will produce as much as 125HP at 11,600RPM and 81NM torque at 8,600RPM. The weight of the Brutale is expected to be at 167 kilograms dry and if that is true then this is going to a motorcycle that will be quite quick on its feet. Other expected specifications include the new fully adjustable hydraulic suspension, the MVICS (Motor & Vehicle Integrated Control System) that enables up to 8 different levels of adjustment and Brembo brakes, a 320mm 4 piston double disc at front and a 220mm double piston at the rear. Check out the 2013 MV Agusta Brutale 800 gallery below for more pictures.