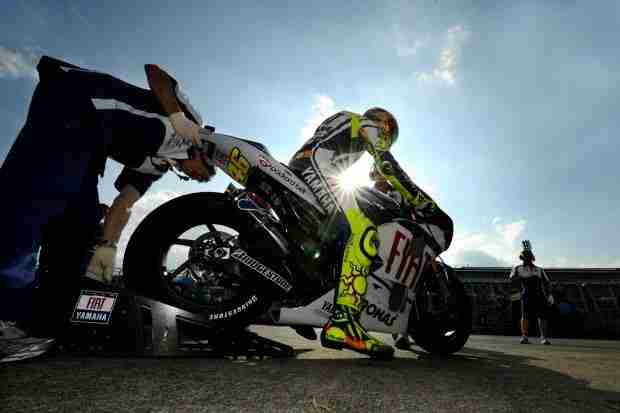 The MotoGP 2013 calendar has been updated again to avoid a conflict of dates with the Formula 1 races. The coinciding date was on July 7th and the Sachsenring round for that date has been pushed to July 14th. Another important update is that the Jerez GP has been confirmed for the next three seasons.

“It’s with great pleasure that I can announce the extension of the Jerez Grand Prix for a further three years,” said Dorna CEO Carmelo Ezpeleta. “It is one of the key stops on the MotoGP calendar with an atmosphere bar none that attracts huge crowds from near and afar. It is also a popular venue with the riders, as the track’s nature makes it a great spectacle for some of the best racing in the world.”