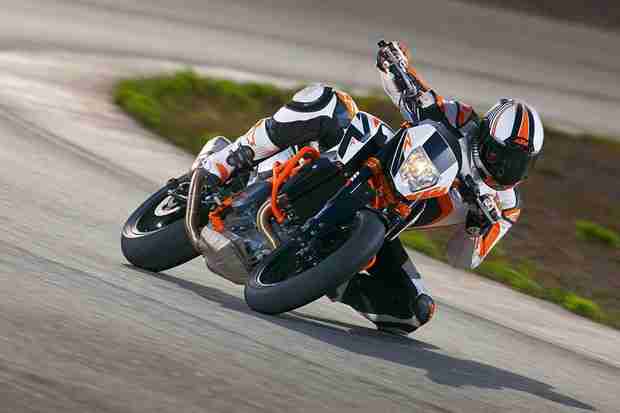 KTM now have a Duke for the entire range with the addition of the Duke 390 and the soon to be announced Super Duke street versions, but amongst all the hype over the Super Duke prototype and the Duke 390 there was another Duke that got a refresher, the Duke 690. KTM presented an ‘R’ version of the Duke 690 at the EICMA in Milan this year, this ‘R’ version takes in most of the upgrades used on the 690 for the European Junior Cup.

The KTM Duke 690 R gets a fully adjustable front and rear suspension, new wheels, reinforcements to the chassis, a translucent air box cover and an Akrapovic exhaust system. The engine now produces 70HP. The braking department also gets updates with a four piston calliper at front and an ABS system that can be switched off. The handle and the foot pegs have also been adjusted for a more race oriented seating.