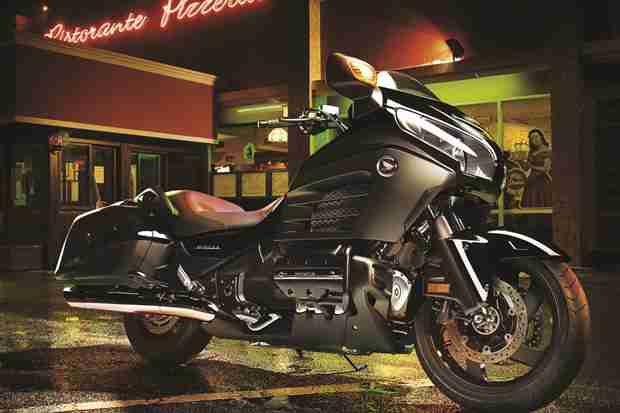 The Honda Gold Wing in the recent years has been loosing some of its charm and this big heavy touring machine almost became boring until now for 2013 as Honda have decided to give it a more in with the time updates.

Honda have basically taken the scalpel at the Gold Wing and have trimmed and cut out chunks to give the new Gold Wing F6B for 2013 a more minimalistic look. The front fairing and the screen are now more compact and small. The engine remains the same 1.8 litre straight six that produces 116HP and 167Nm of torque. The chassis is a twin spar one with a pre-load adjustable 45mm anti-dive forks at front and a Pro-link rear suspension. There is an all new 4 speaker surround system that does the audio duties. Honda have also provided the F6B with the C-ABS system. Tank capacity is at 25 litres and the F6B Gold Wing comes with 18 inch alloys and twin rear mounted bags. There is a weight reduction of 28 kilograms from the previous model the Gold Wing GL1800 and now weighs 385 kilograms.