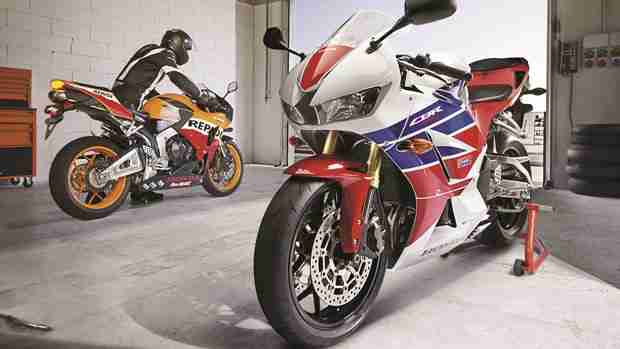 The CBR600RR has been waiting for an upgrade for quite sometime now and finally Honda have responded with a updated version for 2013. The 2013 Honda CBR600RR gets a rather boxy looking set of new front fairings which apparently reduces drag by 6%. The changes in the faring also accommodates for a better RAM air intake resulting in a claimed improvement in midrange torque.

“The 2013 Honda CBR600RR, building on the platform of the previous model, has taken its performance to a new level. It delivers an awesome ride on the circuit, but is even easier than before to ride on city streets. It sounds contradictory, but the natural fusion of these two aspects of the bike’s character is what makes this model even more attractive than its predecessor,” says Hirofumi Fukunaga, the CBR600RR’s Large Development Project Leader.

The are a host of minor changes that work together to make this 2013 Honda CBR600RR a better package than its predecessor. Changes include a revised ECU system, 12-spoke wheels, Big Piston forks (BPF), and re-tuned rear shock. Honda is even providing its “Electronic Combined Anti-Lock Braking System” (C-ABS) on the 2013 CBR600RR.  Colors options are Red, Repsol Edition, & White/Blue/Red. Check out the full CBR600RR specifications and its promo video below.