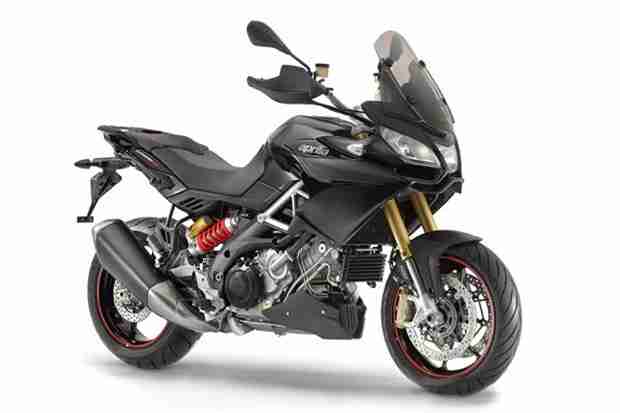 The first photographs of the Aprilia Caponord 1200 were available on the internet much earlier than when the company would have liked it to have arrived. This adventure touring model from Aprilia is just a couple of days away from being officially unveiled at the EICMA 2012.

Design wise in what seem’s like a new Aprilia trend, the Caponord takes styling cues from the RSV4 and shares the chassis and the engine from the Dorsoduro. The bike will come with 17 inch wheels, selectable fuel mapping, traction control, ABS brakes and is rumoured also to have the semi-active suspension called the Aprilia Dynamic Damping. The engine is expected to put out power in the range of 130bhp and 114.97Nm of torque and although not as powerful as its competitors in the adventure range, it would still pack a punch, more on that once we receive the full technical specifications of the Caponord in the coming days.