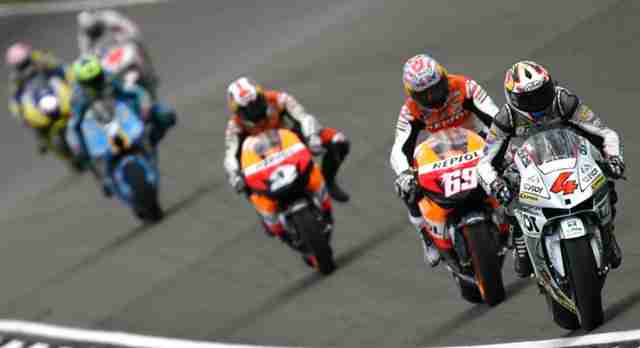 Even after a series of problems that plagued almost all the races last season, FIM took almost no time to announce the tentative calender for MotoGP 2012 in an effort to prove to the motoring world that all is well at the GP. With financial crisis looming over some of the all time favorite tracks such as the Sachsenring and Estoril, things might take a turn at the last minute. The first change comes with the Qatar opener, which will still run under the lights as a night race, but has been moved up one week to kick off the season April 8th. The second change is Round 8, the German Grand Prix, has Sachsenring penciled in as the venue. The German round is still designated with the STC moniker, meaning the race confirmation is still subject to contract. The same designation is listed for Round 3, the Portuguese GP at Estoril. The second round of the 2012 season notably does not carry the STC designation, as race officials came to terms with the Jerez circuit.