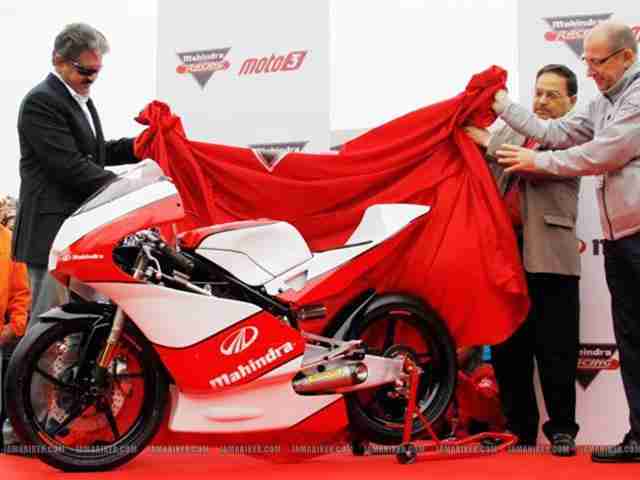 Mahindra Racing unveiled its new Moto3 challenger, the MGP30(pronounced three oh) today. Mahindra became the first Indian company to enter MotoGP when Mahindra Racing opened its account at the Qatar Grand Prix in March this year. With 16 of the 17 2011 races now under its belt, the team aims to finish the season on a high tomorrow by claiming third place in the Constructors’ Championship and 15th in the riders’ standings for German teenager Marcel SchrÃ¶tter. “I have been watching our progress in the 125cc class all year and am now delighted to finally have the opportunity to witness the fantastic spectacle of MotoGP first hand,” said Mr Anand Mahindra, Vice Chairman & Managing Director, Mahindra & Mahindra Ltd. “I am doubly pleased to be able to unveil the Mahindra Racing MGP30 in person. When the Mahindra Group sets itself a challenge, we employ ingenuity, determination and serious commitment to RISE and succeed. We have used the final year of the 125cc class to study and learn while concurrently developing our Moto3 bike in Italy. I am very proud of the achievement of our team, riders and engineers this year and very excited by the prospect of watching our wonderful new bike compete in this new class in 2012.

Mahindra Racing’s 20-year-old British rider Danny Webb capped an exciting first day in the paddock for Mr Mahindra by recording a stunning pole position. It was the Indian team’s first-ever and historic for being the last ever World Championship 125cc pole.