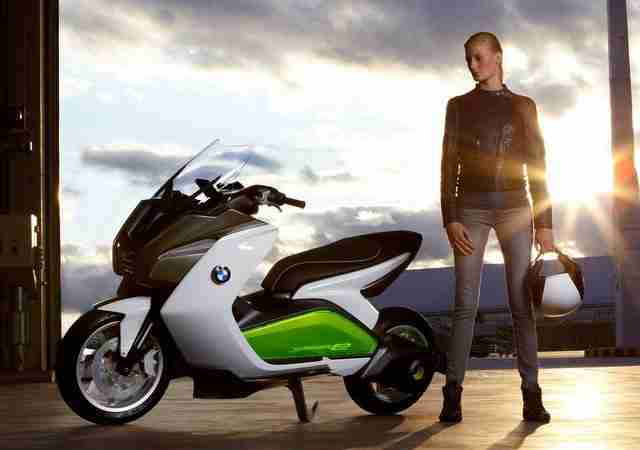 Early last week, BMW released sketches of a two wheeler concept which they would introduce at this year’s Frankfurt Motor Show. In addition to this BMW left everything else in complete secrecy. At the Frankfurt Motor Show, BMW revealed its Concept E maxi scooter whose production version in the future would meet the needs of transport in urban areas.

The electric maxi-scooter from BMW has an expected range of 100km, which is sufficient for the everyday needs of most customers of a maxi scooter. The batteries recharge to full capacity through traditional outlets within three hours, a welcome addition is a regenerative braking system, which tops us the battery and increases range.

Like most concept scooters by BMW the rear view mirror function is performed by a camera. All relevant data on the scooter, including the speedometer is on a digital display. Here some detailed snaps of the BMW concept E maxi scooter: