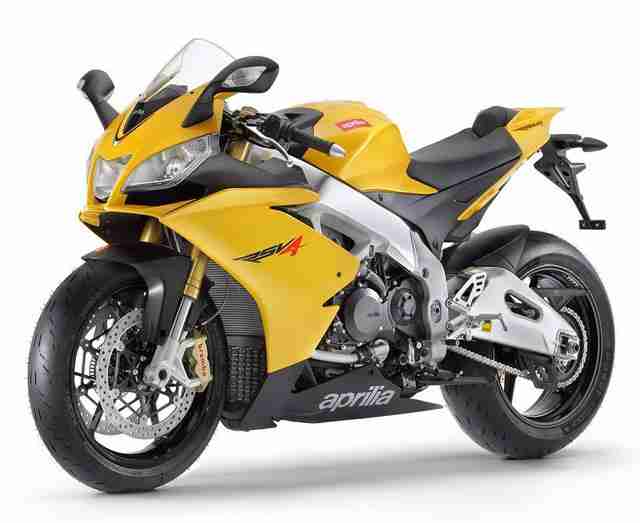 Aprilia definitely have been silent at the EICMA this year compared to their competition, but then how much can you improve from near perfection. Aprilia have resorted to bringing new colors to their top models the RSV4 , the Dorsosuro 750, Dorsoduro 1200 and the Shiver 750 along with minor tweaks to the electronics.

The Dorsoduro 1200 is the benchmark in the maxi-motard class. An all-new 1200cc V-twin powerplant producing an astonishing 130 horsepower and 115Nm of torque, in an incredibly light and nimble chassis — this motorcycle represents the zenith of the twin-cylinder maxi-motard class,’ claims a press release from Aprilia. The Italian company claims the Dorsoduro 1200 is ‘an explosive cocktail of horsepower, agility and precision that takes the concept of fun riding to the next level.’ For 2012, the bike gets new colour schemes, high-spec Brembo brakes with radial-mount callipers, improved hydraulic clutch, ride-by-wire technology, three different engine maps (which alter power delivery to suit riding conditions) and a ‘Matrix’ instrument panel with on board computer. Anti-lock brakes (ABS) and Aprilia Traction Control (ATC) are optional extras.

The Shiver 750 naked sportsbike for 2012 gets the latest generation ride-by-wire technology and multiple engine maps (sport, touring, rain) that alter power delivery to suit various riding conditions. The Shiver 750’s V-twin produces 95 horsepower and 81Nm of torque, which makes for more than adequate performance in the real world, coupled with comfortable ergonomics and agile handling. Also, ABS is now available as an optional extra.

The RSV4, currently one of the hottest, fastest superbikes on the planet, gets new colours for 2012 as well as revised engine management and a tweaked, optimised Aprilia Performance Ride Control (APRC) package with eight-level traction control, launch control, quick shift system and wheelie control. Other changes on the 2012 RSV4 Factory APRC include improved lubrication for its 65° V4 engine, closer spaced gears for better acceleration, and a new, lighter exhaust system featuring an advanced butterfly valve management system to suit the bike’s ride-by-wire mapping, for improved ‘breathing’ and efficiency throughout the engine’s rev range.

In addition to the above, there’s the racing-spec, fully adjustable Ã–hlins fork and shock, Brembo brakes with radial monoblock callipers and a mixed type (digital/analogue) instrument panel, which is an integral and crucial part of the RSV4 Factory APRC’s self-diagnosis system. ‘This is a full fledged on-board computer, with a dot matrix display set against a minimalist, ultramodern and compact design. Its functions have been improved and are all accessible from three easy to use buttons,’ says a press note from Aprilia.

With 180 horsepower at 12,250rpm and 115Nm of torque at 10,000rpm from its 999cc V4, the 2012 RSV4 Factory remains one of the most powerful litre-class superbikes in the world. At 179 kilos dry, it’s not the lightest in its class, but with its host of high-tech electronics and superb chassis, it definitely is one of the best handling. We expect the 2012 edition to come out on top in litre-bike shootouts that are sure to happen over the next few months.