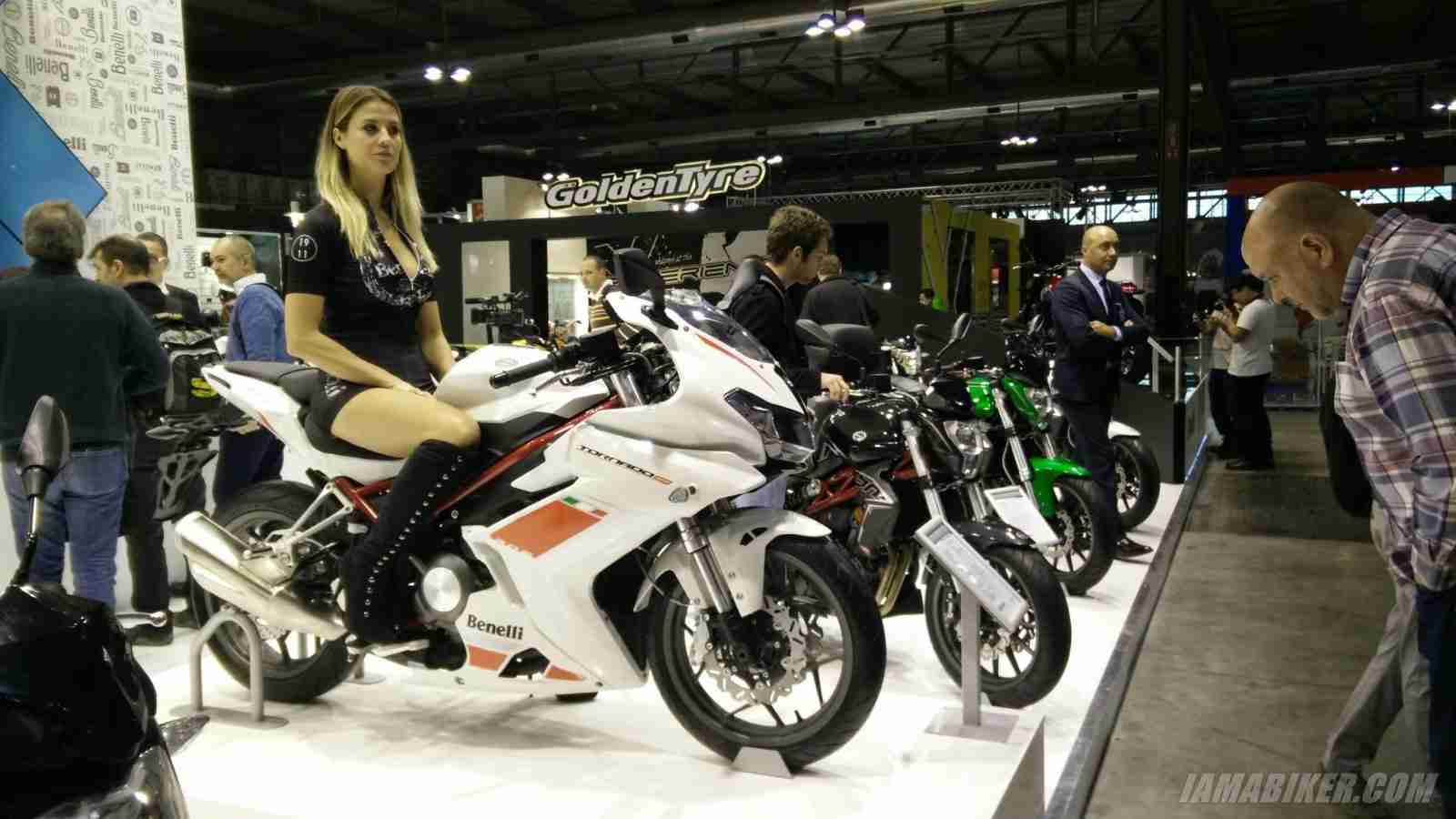 Probably the biggest surprise for us in India from the EICMA 2015 was from Benelli. While we were concentrating on the big Japanese and other more popular Italian manufacturers, Benelli has just proved that it is right up there with the best. Unveiling multiple bikes at the EICMA 2015 is no small feat and when the motorcycle looks as promising as the Benelli Tornado 302, you can be sure that this manufacturer is surely gaining some momentum.

Now the Benelli Tornado 302 is essentially made on the same platform as that of the TNT 300 available in India. Benelli have added a new full fairing to the motorcycle and one that makes the motorcycle look very big and almost look like a motorcycle from the middle weight category motorcycle (~600cc). Even with the new side slung exhaust the power figures are pretty much the same on the Tornado 302 as on the TNT 300 and the twin cylinder, 6 speed, 300cc engine produces 36 HP at 12,000 RPM and 27 Nm at 9000 RPM. The chassis features a trestle frame that is quite capable of handling the extra weight easily. In fact Benelli have always said that this particular chassis can handle engines of higher capacity as well.

The Benelli Tornado 302 comes with the same 41 mm USD forks at the front and the off set rear suspension. Of particular mention is the 14 litre tank that is on the Tornado 302, we find it interestingly good because nowadays most manufacturers in search for weight saving are giving 10 litre tanks that suit absolutely nobody. Although at the same time we should say, the TNT 300 has a 16 litre tank. The tyres are 17 inch ones at both ends and has a section of 110/70 for the front and 150/60 for the rear. Coming to the braking department, the front has twin 260 mm discs and the rear has a 240 mm disc. ABS is going to be optional.