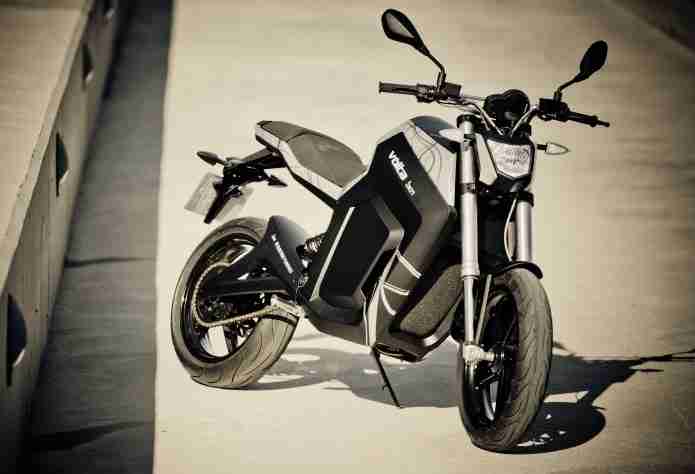 The world premiere of the Volta BCN took place at Milan at the EICMA this year. Formerly known as the EV.1, and now the Volta BCN, the Volta is designed with sporty features and a distinctive design along with new technology that make it unique. The Volta BCN is the company’s first two-wheeler and the first to be designed in the Catalan capital of Barcelona, after which it is named. It’s essentially one model offered in two different styles and finishes – the Sport has been designed as an urban motorbike, while the City is headed for the downtown core. These stylish sustainable mobility solutions offer a top speed of 74.5 mph (120 km/h) and a range of 43.4 miles (70 km), and will be released in Europe in Q2 of next year.

The BCN has a 33 bhp/25Kw DC electric motor that powers a maintenance-free, direct-drive belt transmission and makes 67Nm of torque – said to be roughly equivalent to a 250-to-400-cm3 fuel-driven motorbike. Its 74V/3.1 kWh Lithium Polymer battery pack can be recharged from any 220V outlet or public charging point via an onboard charger and supplied 2-meter (6.56-foot) charging cable with aschuko plug. Full recharge time is given as two hours, but partial top-ups are also possible. Volta says that after around five years of daily charging, the battery should still have 80 percent of its initial capacity.

The BCN’s quoted top speed and range falls not a stone’s throw from the currentZero S electric motorcycles, but is not quite up to the 2012 upgrades which will boast top speeds of up to 88 mph (142 km/h) and over 100 mile (160 km) range. Both the BCN Sport and the BCN City have a seat height of 31.6 inches (805 mm), offer an upright riding position, have a “fuel tank” that’s given over to storage big enough for a full-face helmet (and also complete with mobile phone charging point), and electronic throttle. Riders are kept informed of remaining charge via a handlebar-mounted status indicator, but can also wirelessly interact with a smartphone via the optional CONNECT Pack – which offers access to such things as programming and recharge time, power setting limits and eco mode driving.

The Volta motorbikes also benefit from LED lighting throughout and, of course, hydraulic disk brakes – although there’s no regenerative braking at this time. The company will shortly be introducing an online customization option called My Volta, which will allow buyers to adapt the vehicle to personal tastes. Volta Motorcycles is currently in the process of building a distribution network ahead of Q2 2012 availability. The company will initially release the BCNs in Spain, before breaking out into the international market. Both the Sport and the City carry an estimated price of EUR 7,000 (about US$9,500).