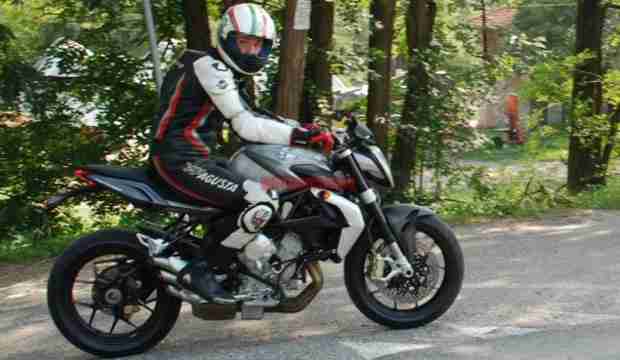 The story of a new MV Agustta naked started to roll last summer and now the official public debut will be at this year’s EICMA. The MV Agusta Brutale 675 B3 was caught testing near Varese, Italy. The form of the three-cylinder naked streetbike is borrowed heavily from the MV Agusta F3. Expected to sell around the â‚¬9,000 in the UK, the Brutale 675 will be MV Agusta’s most affordable motorcycle.

The four-cylinder F4/Brutale will remain MV Agusta’s premium offering, the three-cylinder bikes like the F3 and Brutale 675 B3 will take the brand to a more broader market and definitely help its market share. MV Agusta also disclosed plans on making a three-cylinder hypermotard model that would be based off the F3’s motor, and adding to that there are rumors of a dual-sport/adventure model. MV Agusta definitely are having problems on survival, with a lot of international brands making their presence in India, we certainly feel its time for the people at MV Agusta look India ward.