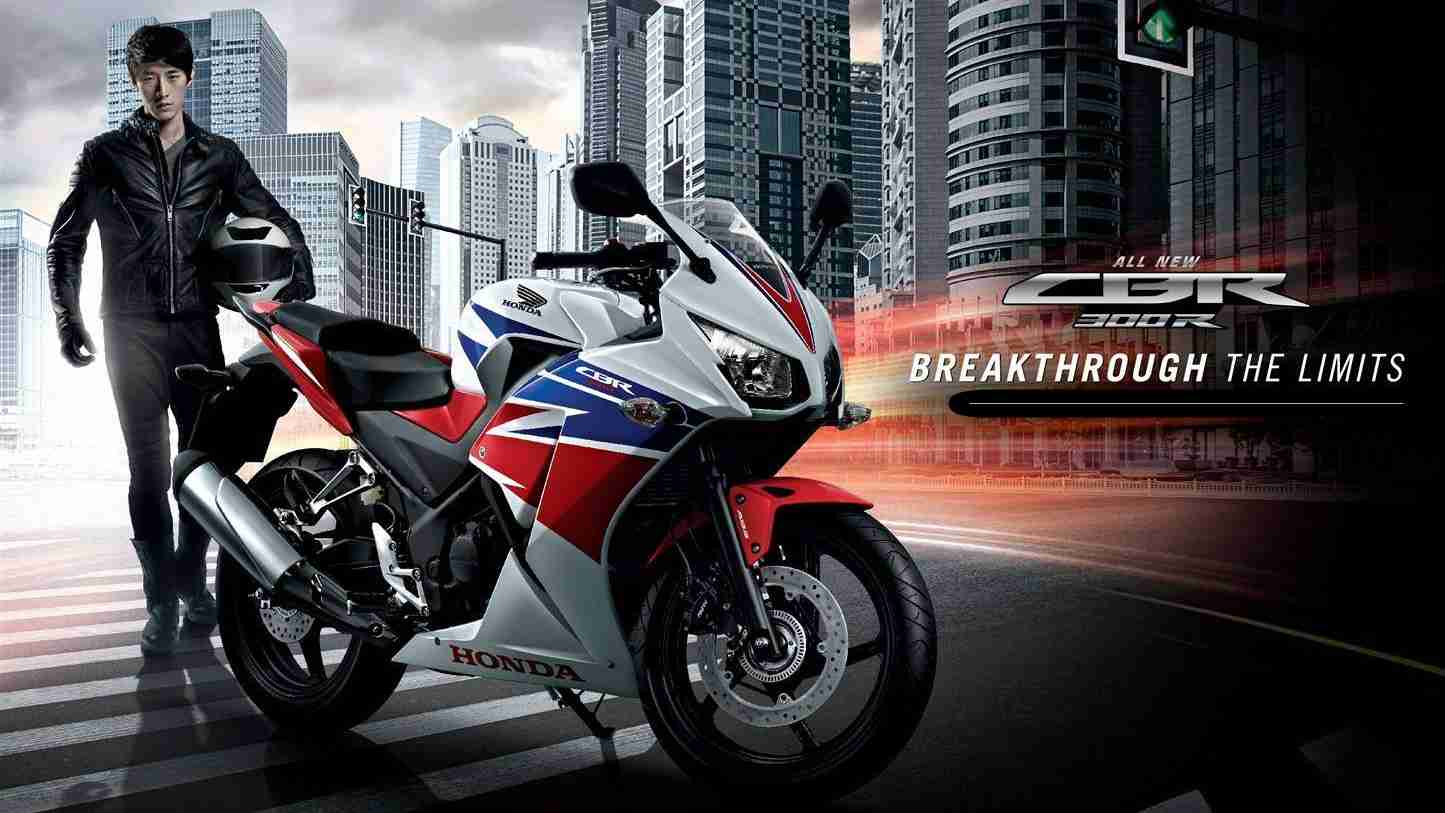 With the new Honda CBR300R just around the corner, let’s take a closer look at this new machine. The CBR that we are all familiar with took its design cues from the big Honda VFR and we have maintained right from day one that it probably should have stuck with taking the design cues from the same place it got the name, the CBR series. Thankfully though, the new redesigned CBR300R will bear a striking resemblance to flagship CBR1000RR. The only grouse we have in the looks department is with the chrome silencer, which some how does not seem to gel with the overall design. The changes however do not end there. Honda have increased the displacement of the engine by increasing the stroke by 8 mm, taking the stroke from 55 mm to 63 mm, changing the overall displacement to 286 cc. This internal change has obviously changed the power output, the tweaked engine now puts out a healthy 30.4 HP at 8500 RPM and a peak torque of 26.2 Nm at 7250 RPM. What this effectively means is that the new CBR300R is going to be a lot more peppy than the model it replaces. Honda also claims that the new Honda CBR300R will retain the same mileage number and infact say it will be marginally better. Currently the average mileage returned by the CBR250R is about 32 kmpl.

The best part however according to us about the new Honda CBR300R is that it also see’s a reduction in weight. The new Honda CBR300R fully loaded (kerb weight) is at 161.9 kg, which is 5 kgs lighter than the previous version. This helps the CBR300R to a claimed top speed of 170 kmph. Now with the launch expected anytime in the next few weeks the big debate remains on the pricing of the bike, especially since competitors have really taken the game to another level, especially in the power department. The KTM RC390 comes in at an on-road price of approx 2.4 lakhs while the RC200 comes in at approx 2 lakhs. In terms of power the new CBR300R will sit right in between these two. Obviously the CBR300R prices are going to be higher than that of the existing CBR250R, so expect an ex-showroom price close to 2.1 lakh for the CBR300R and or-road price similar to that of the RC390. Purely from a power point of view it might seen like an easy choice to decide between the two, but realistically we consider several other factors while buying a motorcycle, reliability and refinement top that list, and Honda always scores when these points come in.