Italian motorcycle brand Moto Morini has debuted its India journey in association with Adishwar Auto Ride India PVT. LTD (AARI). Moto Morini is an emblem of Made in Italy excellence and prestige that promotes superior products, considerate services, and a unique riding experience. The motorcycles are designed, and developed in Italy, and adhere to required EU manufacturing standards to ensure superior vehicle quality.

The four new bikes for India could be the 2 variants each of the X-Cape and Seiemmezzo, although we sure would be glad to see 4 totally different motorcycles.

Founded in 1937 by Alfonso Morini, Moto Morini is one of the iconic Italian motorcycle manufacturers, known for persistence, innovation, devotion, aesthetics, and performance. The brand has a substantial racing pedigree and known for making lightweight, fast race bikes through the 50s and 60s, a DNA that the current generations of these motorcycles inherit.

Speaking about the association, Mr. Vikas Jhabakh, Managing Director, Adishwar Auto Ride India PVT. LTD said, “We are delighted to introduce this renowned and prestigious brand to the Indian Motorcyclists. At Adishwar Auto Ride India, one of our key endeavors is to create values through our relationships with our customers. With the introduction of Moto Morini, we aim to cater to the requirements of Indian buyers in the Premium Mobility segment. With our tenure and experience in the superbike segment, we are certain of successfully establishing the brand in the country.”

In India, the brand plans to launch an exciting portfolio of four products, with an extensive dealer network across the country. These touchpoints will allow the customers to experience the new product offerings.

Vikas Jhabakh, Director, Mahavir Group, one of the leading automobile dealers in the country, also spearheads operations for Benelli | Keeway through Adishwar Auto Ride India (AARI). These brands are successfully operating over 50 dealerships and have a base of over 20,000 satisfied customers. Going forward, AARI is the partner of Motor Morini to manufacture and distribute its premium product range in the country.

The story of MOTO MORINI is of triumph in the face of adversity. ALFONSO MORINI was a motorcycle enthusiast and racer, who participated in prominent championships of the time. In 1937, ALFONSO MORINI realized his childhood dream and set up MOTO MORINI, in Bologna, Italy. Soon establishes the brand as a prominent manufacturer of high-performance 350cc – 600cc tricycles. Unfortunately, with the advent of World War II, expansion plans were hindered. He rebuilt factories in the year 1945 after the war. With this started the development of the first 2-stroke 125cc motorbike called Turismo, Moto Morini became one of the top Italian handmade motorcycle brands. In 1946, Turismo was titled “Success of the year” at the Milan trade show. Further, followed by the two-stroke 125 competition that won the 1948 and 1949 Italian competitions for Lightweight motorcycles.

This was the onset of the golden period for the brand. The initial racing success was followed by the launch of the GP Model in 1949, which became the dominant force across the multiple European championships. Besides several tops tier national titles, this is the first Moto Morini to win a GP, in 1951 at Monza with Emilio Mendogni, beating fierce competition from other Italian brands. In 1959, he also won the shell cup on the 250cc GP.

Angelo Bergamonti was another renowned rider of the time who won the Italian Championship on the 250 cc Bialbero in the year 1967. Other great names associated with Moto Morini’s racing heritage are Umberto Masetti, Giacomo Augstini, Tarquinio Provini, and many more

Alfonso Morini was also a visionary and foresaw the potential of the 4-stroke engine. He pushed for its development in a pre-dominant 2-stroke engine market of the time. He is considered instrumental in the development and success of the 4-Stroke Engine.

Entering the new century, in 2005, Moto Morini launched the muscular model Corsaro 1200. The motorbike was designed and developed by one of the best Moto Morini designer Franco Lambertini. With the intention of introducing a new generation of motorcycle enthusiasts to the legendary Italian marque Moto Morini. 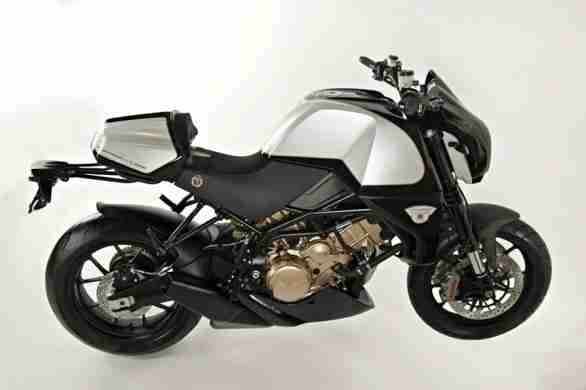