BSF Seema Bhawani team reached Bangalore yesterday in their remarkable attempt to travel the 5280 kms on the Royal Enfield Classic 350. Organized in association with Royal Enfield, the Seema Bhawani Shaurya Expedition “Empowerment Ride – 2022” was flagged off on 8th March from India Gate, New Delhi and the riders traveled over 560kms to reach Bangalore from Hyderabad via Anantapur on the 22nd of March.

Flagged off on the occasion of International Women’s Day, 2022, the expedition is an attempt to bring forth an awareness about the capabilities of women while emphasizing on freedom from bias, stereotypes and discrimination. The BSF Seema Bhawani Shaurya Expedition “Empowerment Ride – 2022” also celebrates women’s achievements and aims to forge positive visibility of women, so as to encourage young girls and women across the country in stepping up for taking on major roles in shaping the future of the nation.

Located on the Deccan Plateau, Bangalore is the capital city of Karnataka. Known as the Silicon Valley of India, it is the hub for India’s Information Technology (IT) sector and a popular choice for the start-up ecosystem, making it stand out for being one of the top most preferred entrepreneurial locations in the world. It is loved for its pleasant weather, beautiful parks and varied eateries across the city. The expedition cavalcade has traveled over 3700kms and crossed over 14 cities so far to reach Bangalore in their extraordinary journey on the Royal Enfield Classic 350. The route for this expedition has been carefully identified and selected keeping in mind the significance of the city in the region and the role it plays in BSF and Royal Enfield’s mission to support women empowerment.

The contingent will leave Bangalore and reach Kanyakumari via Salem and then Maduria covering over 680kms in their journey. The expedition then will then traverse through major cities such as Salem, Madurai, and Kanyakumari before reaching its final destination in Chennai on 28 March 2022. 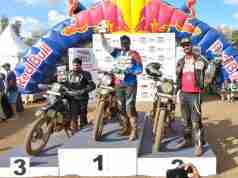