A new Zero SR/F electric streetfighter motorcycle has been officially unveiled by the United States based electric bike brand. This new motorcycle has been positioned as an offering with the finest combination of control and power in the industry. The Zero SR/F will reportedly produce 110 HP of power along with close to 190 Nm of peak torque. The announced range will exceed 250 kilometres with a single charge. The SR/F may also be the first completely smart bike with its own operating system called Cypher III through which users can easily track the vehicle for statuses and alerts. They can also take care of system updates, upgrades, sharing of ride data and charging requirements through this system. The design is modern and akin to middleweight naked models available globally. The range could also increase to 320 kilometres with the Power Tank which could arrive sometime later in 2019. The Cypher III operating system makes use of the latest app from Zero and TFT instrument console fused with the MSC (Motorcycle Stability Control) setup from Bosch.

This ensures traction control, cornering ABS and drag torque control along with ride modes like Sport, Street, Rain and Eco along with a custom mode which can be programmed in 10 ways. The Zero SR/F comes with a 6 kW rapid charger in the United Kingdom, heated grips and fly screen and is priced at GBP 19,990 which is roughly INR 18.9 lakhs. The SR/F standard version comes with a 3 kW rapid charger which is priced GBP 17,990 which equates to roughly INR 16.9 lakhs. There are no updates on these electric bikes coming to India in the near future as of yet. 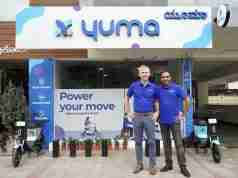