Pedigree, it’s something that you just cannot fake. You either have it or you don’t. And when it comes to the Suzuki GSX-S750, it’s all about the pedigree. The Suzuki GSX-S750 is surely one of the most underrated motorcycles in its segment. Some of its competitors are just more flamboyant and have a way of attracting more attention. But that said, this motorcycle has a knack of doing more by doing less.

The legendary in-line four from the K5 GSX-R750 with its tall build compared to the current generation made it perfect for this naked. Of course while a lot has been retained a lot has been changed and added as well.

All these changes have made sure that this naked monster has better torque all through the rev range, sounds better and is easier to ride. It comes with the Low RPM assist which manages the idle speed to ensure an easier ride in urban conditions by automatically keeping the revs at the ideal spot.

Not once did we miss a ride by wire system as the control and feel you get from the throttle is spot on. Keep the revs below 5k and it’s almost silent with no drama, but when that strong mid range kicks in around the 7k mark, all hell breaks loose. There is a strong pull and within no time you are past the 180 mark. And if you can hold on to this naked monster it will do in excess of 200 with ease.

With a mixed bag of riding conditions varying from city traffic to highways to winding strips of heaven, one thing was very clear. The gearing and fueling on the GSX-S750 is spot on and very tractable. It even is decently fuel efficient returning close to 20 kmpl. That number added with its good tank capacity is a huge plus point.

Expectedly throttle response was best at level one of traction control and is the best mode to ride at for the most fun, allowing for that odd wheel spin to keep things exciting. It can be completely switched off too. 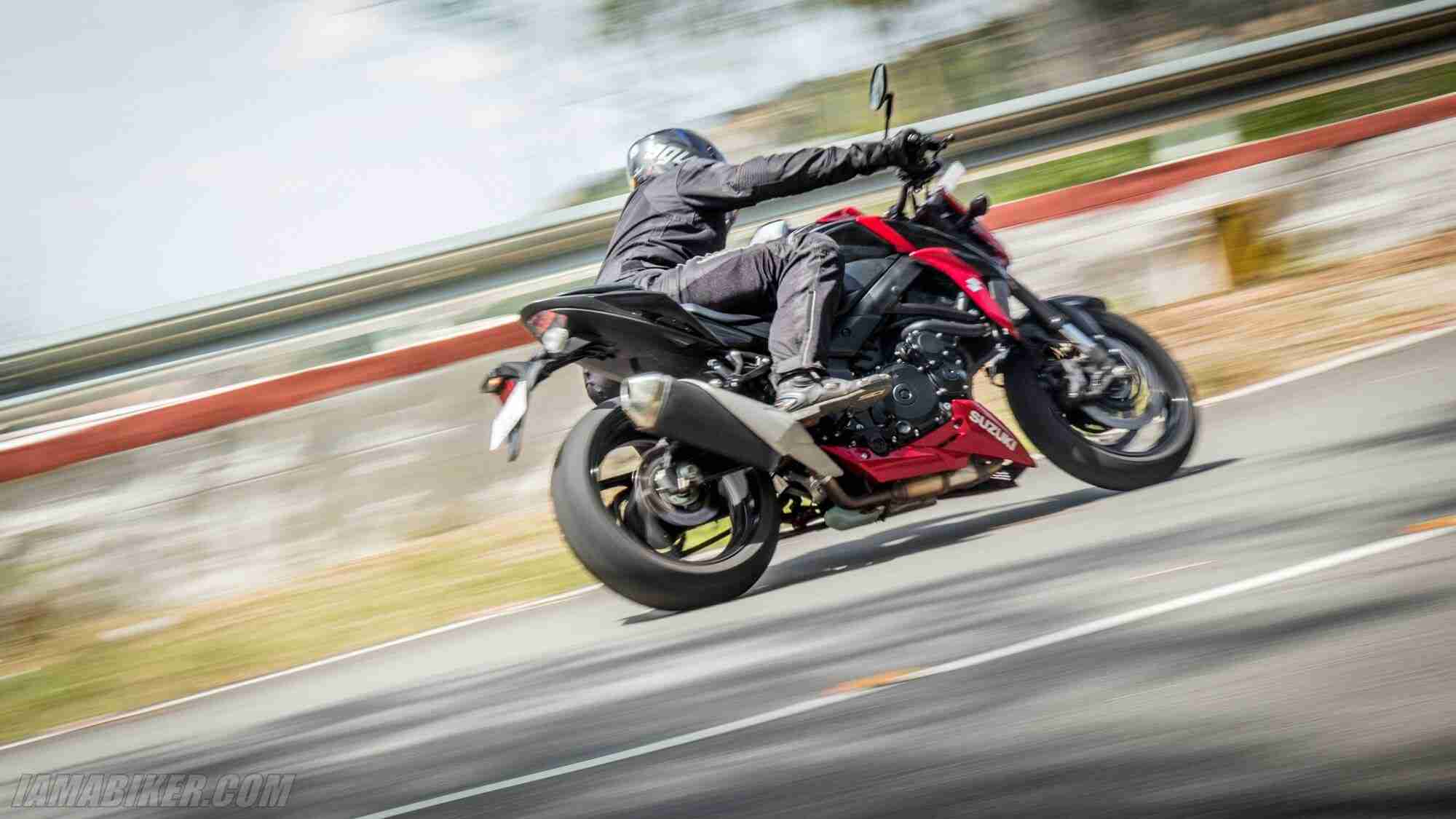 The brakes on the GSX-S750 could have used a little bit of sharper initial bite. While they do shed speed quickly, we would have loved that first bite to be stronger for better confidence.
ABS also comes in as standard. The stock tyres though are the real hero’s here, they stick on to the tarmac right from the word go. They provide excellent grip through varied tarmac conditions and give you heaps of confidence.

At 214 kgs this Suzuki is not a light bike, but for the most part, you really do not feel it. The perfectly positioned handle bars allow you to steer it with ease and the whole dynamics of the motorcycle is such that its easy to flick around and have fun on. It’s planted well through corners and loves to stick to a tight line. The suspensions too are spot on and can be adjusted for pre-load at both ends.

Like we said earlier the Suzuki GSX-S750 does more by doing less, it has this knack of being the bike you want it to be as you increase your confidence, it constantly evolves with you. Spec for spec it might lose out on its competitors, but it has its strong pedigree shining through that makes it an absolute blast to ride.

Check out the video review below to see and hear the motorcycle in action.