After taking the opening race of the 2018 WorldSBK Championship yesterday, the Aruba.it Racing – Ducati team did the double at Phillip Island (Australia) with Marco Melandri. The race itself went down to the wire and was decided by only 0.021 seconds. It’s Melandri’s 22nd win in WorldSBK, which makes him the most successful Italian in the production-based series. Chaz Davies, on the other hand, rode a strong yet unlucky race, and was forced to retire after crashing during lap 12 at turn 9 while he was in the lead.

Race 2 was characterized by a mandatory tire change, a decision taken by Race Direction for safety reasons, which prompted the riders to pit-in from lap 10 to 12. At the end of lap 11, both Davies and Melandri had a near perfect pit-stop and rejoined the race in first and second position respectively. While trying to build a gap at the front, however, the Welshman crashed out, while Melandri fought in a group of three riders at the top, making the difference down the stretch. 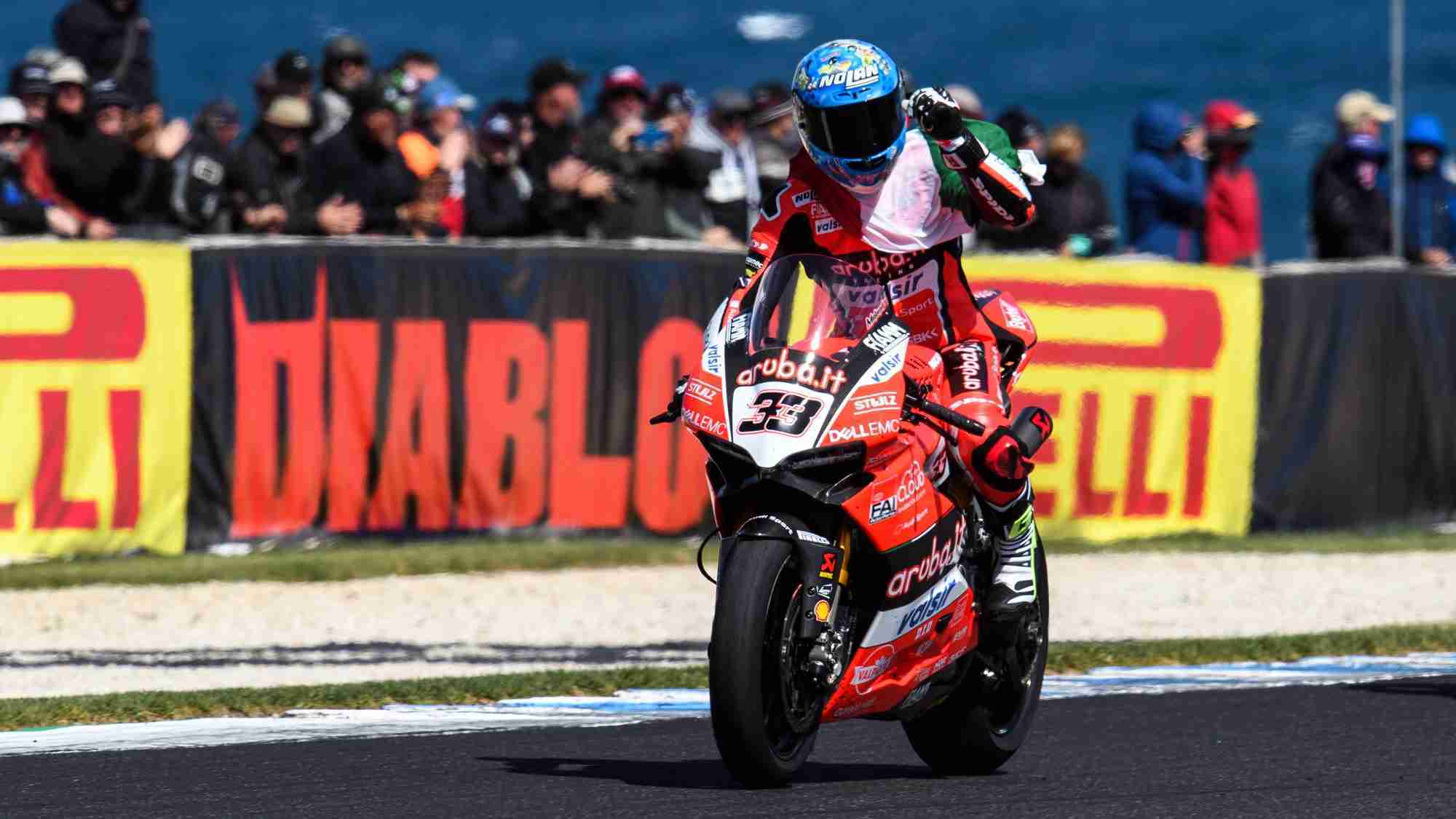 “It’s been a crazy race. The tire change made it impossible to come up with a strategy, as many riders could be fast for 10 laps. It was a big fight, with many aggressive maneuvers. We still tried to look after the tires after the pit-stop, and in the last five laps we found our rhythm. Towards the end, it was difficult to pass Rea under braking so I decided to focus on the final sprint and catch the slipstream out of the last corner, in which we were particularly fast, and the plan worked. I’m super happy and can’t wait to race at Buriram.”