Mahindra owned subsidiary Classic Legends recently resurrected the Jawa motorcycle brand in the Indian market and two new models, namely the Forty Two and Jawa Classic have been launched at INR 1.55 lakhs and INR 1.64 lakhs respectively. At the time of launch, the Jawa Classic sported a lovely maroon and displayed the new colour options only to the Jawa community assembled after the launch. Now they have officially confirmed the two new colours for the bike, namely Jawa Grey and Jawa Black. Both of these options come backed by gold striping for the rear and front fenders, side panel and fuel tank along with chrome accents.

The Jawa Classic is equipped with a single cylinder 293 cc liquid cooled BS-VI compliant four valve engine that makes 27 hp through its fuel injection setup and 28 Nm of torque. The engine will be paired to a 6-speed transmission system as per reports. The Jawa Classic also has a 280 mm single front disc with floating calliper and a rear 153 mm drum brake. There is standard single channel ABS available for the bike as well. The rear drum brake adds to the retro flavour of the bike while there are telescopic forks in front and twin rear springs for superior shock absorption. There are chrome finished twin-sided exhaust pipes which accentuate the retro look as well.

The Jawa Classic can be booked via the company’s official website for an initial payment of INR 5,000 which is totally refundable in case of any cancellations. 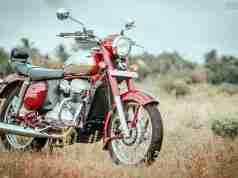 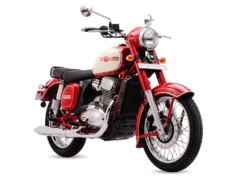 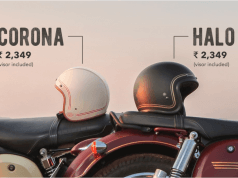