Royal Enfield has officially released the price list of accessories for the newly launched Interceptor 650 and Continental GT 650 models. The accessories are priced quite competitively and start from INR 600. The prices are inclusive of labour costs for fitting the components. The list includes items like seat cowls, a flyscreen, panniers and machined fuel filler caps among others. A handlebar brace pad is priced at INR 600 while INR 4,000 is the price for the touring seats. There are fork gaiters at INR 850 and compact engine guards at INR 2,600 while machined oil filler caps come for INR 775.

All genuine Royal Enfield accessories are backed by two year warranty. The list currently contains 30 accessories for each model and it will keep increasing in the near future. The Interceptor 650 is a cruiser while the Continental GT follows the café racer template. The same platform is shared by both bikes and so is the 648 cc SOHC air cooled parallel-twin fuel-injected engine that makes 47 HP and 52 Nm of peak torque. This engine is mated to 6-speed gearbox for both models while there are front and rear disc brakes coupled with standard dual-channel ABS. 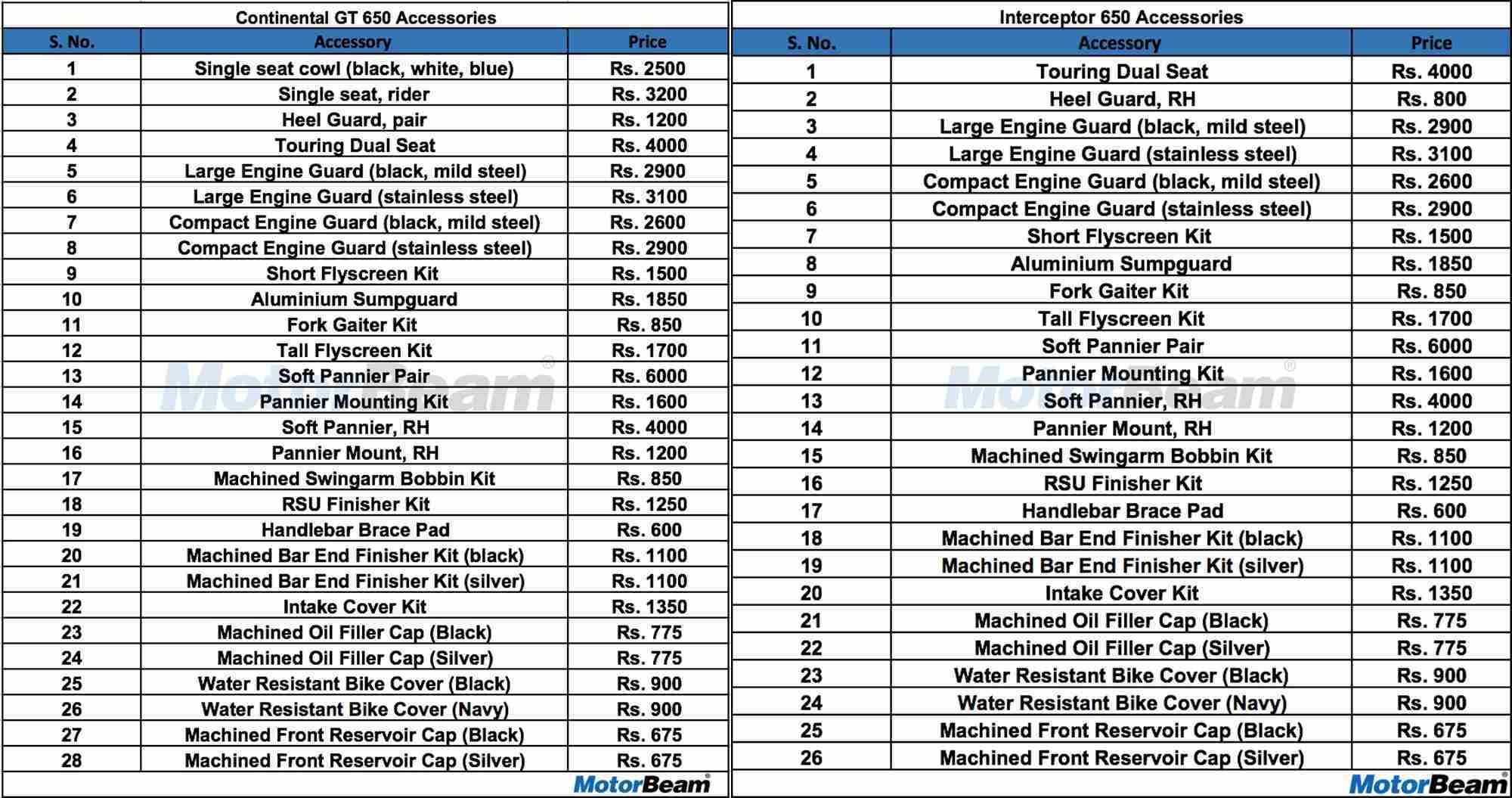