IDEMITSU Honda Ten10 Racing’s Mathana Kumar displayed aggressive spirit by bagging another podium in the 15 lap SuperSport165 class race. He finished the race in 3rd position in 18:24.464 minutes. The action-packed race saw Rajiv Sethu improve on his cornering speed, reducing his lap timings to finish 4th. Rajiv and Sarath Kumar kept the excitement at the peak with Sarath finishing right at his heels in 5th position. Completing the race in 18:37.562 minutes Rajiv was just ahead of Sarath’s timing of 18:37.609 minutes.

Adding to the celebrations was Anish Shetty scoring back to back wins this weekend. IDEMITSU Honda Ten10 Racing team’s Anish came 1st in 19:28.918 minutes. Mithun Kumar grabbed the 3rd place with a timing of 19:31.426 minutes. Local boy Senthil Kumar finished the race in 7th position.

Abhishek Vasudev started from pole position to round up the podium with a total timing of 19:41.128 minutes. Abhishek though scored the fastest lap of the race in just 1:16.730.

Speaking on the performance of Honda riders, Mr. Prabhu Nagaraj, Vice President, Brand & Communication, Honda Motorcycle & Scooter India Pvt. Ltd. said, “After a successful Day 1, Honda riders began Day 2 with Anish Shetty winning again in the Pro Stock 165 class of national championship. The star of the weekend though is 17-year-old Senthil Kumar who with a home advantage not just performed strongly in the national championship but also won in Race 2 of IDEMITSU Honda India Talent Cup. Our timings in the SuperSport 165 class has improved since yesterday. With 2 podiums in SuperSport 165 class at Round 1, we are confident of bettering the performance in Round 2 next month @MMRT, Chennai.”

The national championship and IDEMITSU Honda India Talent Cup action will now move to Chennai for Round 2 (July 7-8, 2018). 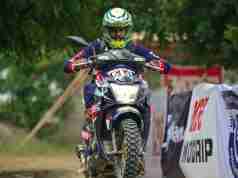 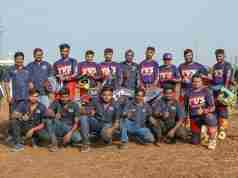